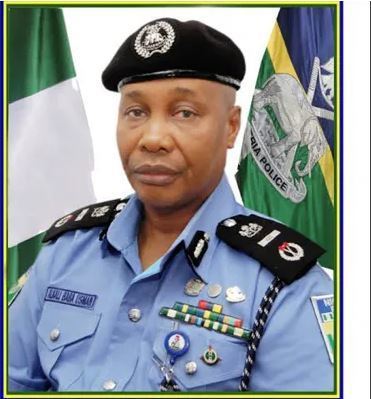 The Inspector-General of Police, Alkali Baba Usman has approved the clearance sales of impounded vehicles kept in police stations across the country.

The Police IG gave the directive on Monday in Abuja during a meeting with top police officers at the International Peace Keeping Centre.

He noted that police stations and facilities must not be turned into a junkyard or a place for abandoned and accidented vehicles.

Earlier, TrackNews Online had reported that the Inspector-General of Police has halted the issuance of police permits to owners of vehicles with tinted glass in the country.

The IGP also ordered that the issuance of spy number plates be put on hold.

Baba gave these directives on Monday in Abuja.

It is believed that the directives are part of the measures put in place to end insecurity in the country.

Meanwhile, troops of the Nigerian Army on Monday successfully repelled an attack by bandits along the Kaduna-Zaria highway.

However, two villagers and a traveller were killed by the armed gunmen during the encounter with the troops of 4Demo Battalion in some locations around Igabi local government area of Kaduna State.

The incident was confirmed in a statement on Monday evening by the state Commissioner for Internal Security and Home Affairs, Mr Samuel Aruwan.

Aruwan added that the troops acted based on credible intelligence on the movement of the bandits and moved to ambush the criminals.

Related Topics:IG Orders Police To Sell Impounded Vehicles In Stations Across The Country
Up Next