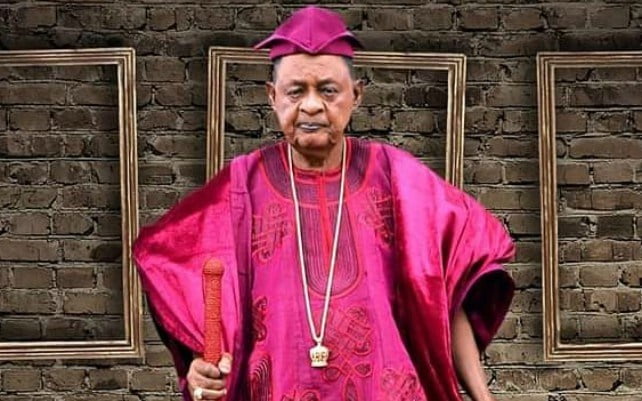 The Alaafin of Oyo, Oba Lamidi Adeyemi has accused operatives of the Nigeria Police Force of tactically supporting Fulani herdsmen to attack the people of Igangan and other areas in Oyo State.

The traditional ruler made this known in a statement on Sunday where he reacted to the recent attack on residents of Igangan community, in the Ibarapa North area of Oyo state.

The Alaafin described the incident as sad but urged residents not to take law into their own hands.

He said the police were supporting the killings by failing to prosecute suspects handed over to them and also releasing such suspects back into the society.

He said, “The wanton destruction of life and property, including the palace of the Asigangan of Igangan, is quite sad.

“Despite all efforts made at curtailing this ugly menace long before it starts staring us in the face, several Fulanis have been arrested and handed over to the police in Oyo State. But there has not been any conviction not to talk of diligent prosecution as the arrested Fulanis are back on the street 24 hours after being arrested for various heinous crimes.”

It was gathered that the Fulani herdsmen attacked the Oyo community at around 11pm on Saturday, leaving the village early Sunday morning.

Meanwhile, Governor Seyi Makinde of Oyo State has also reacted to the attack on Igangan in Ibarapa North Local Government Area of the state by suspected herdsmen.

Reacting to the incident via his verified Twitter handle on Sunday, governor Makinde described the attack as shocking.

The governor, however, urged residents to remain calm as security operatives are now in control of the situation.

“I have received the shocking news of the attacks on residents of Igangan, Ibarapaland, in the early hours of this morning. I am currently being briefed on the incidents. I urge residents to remain calm as security operatives are now in control of the situation,” he tweeted.

Related Topics:Igangan: Alaafin Of Oyo Accuses Police Of Supporting Herdsmen To Attack Farmers
Up Next