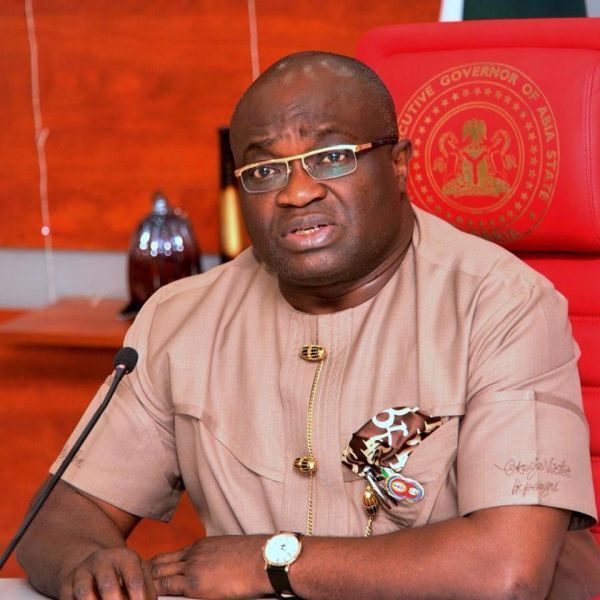 TRACKING_____Abia State government has vowed to search through all forests in the state and flush out all criminal elements causing unrest in the state.

Tracknews reports that the State Governor, Mr Okezie Ikpeazu, stated this today while speaking during an interview at the Government House, Umuahia, the state capital.

Ikpeazu noted that the exercise is necessary to in other to sustain the existing peace in the state. The governor noted that the primary duty of the state’s security outfit, Ebube Agu is to ensure that there is no hideout for criminals in the state. Responding to whether Ebube Agu would be armed, the Governor said his administration would do the needful when the need arises.

Ikpeazu’s statement read: “In the first place, there is no gainsaying that the forest will be combed and searched, that is the primary duty of the Ebubeagu. Our strategy is not what I will want to share here for two reasons, One, I will want us to sit in that Roundtable and I would not want to pre-empt them until after next week we will now have a clearer picture of operational details.

“But we are going to get into the forest and flush out anybody that is not supposed to be there. Whether they are going to be armed or not? We will do the needful; we will do what we need to do. We will respond with equivalent force to the challenge we meet.

“So when the time comes, when the challenge arises, we will rise to the challenges and we will do the needful to make sure our people are protected”.

Speaking during an appearance on Channels Television’s Politics Today on Monday, Balogun said granting Amotekun operatives the license to bear arms will end the constant killings of innocent Nigerians in the South West.

Related Topics:Insecurity: Gov Ikpeazu Vows To Flush Out Criminals Hiding In Abia Forests
Up Next

‘A Bag Of Rice Is N48,000 In Ghana’ – Buhari’s Aide Tells Nigerians Planning To Leave