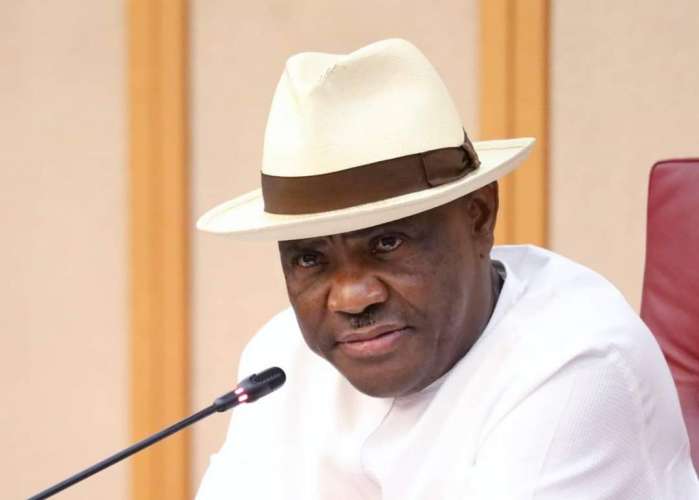 Rivers State Governor, Nyesom Wike, has declared that Southern governors’ irrevocable decision on open grazing and others issues must be respected.

Whatever agreement the Nigeria Governors’ Forum has entered into with the Judiciary Staff Union of Nigeria (JUSUN) is not binding on Rivers State, Governor Nyesom Wike has said.

Mr Wike said this on Saturday in Port Harcourt during the inauguration of the Senate Building of the Rivers State University and the laying of the foundation stone for the construction of the faculty building for the College of Medical Sciences.

“Governors’ Forum is not a government. It is an association of governors to share ideas and not to sign agreements on behalf of state governments,” Mr Wike said, according to a statement from the governor’s media aide, Kelvin Ebiri.

“Even when they (the Governors’ Forum) say something, I will have to come back to the State and call a State Executive Council meeting, and we will take it as our resolution that this is what we are going to do.

“So, whatever they have signed with JUSUN, let me tell you people, it is not binding on the Rivers State government.”

“Rivers State Government has implemented financial autonomy for the legislature and Judiciary. The judiciary has collected the first and second quarters of their capital fund.

“We still use our money to do infrastructure for them in spite of that we release and give to them their capital expenditure,” Mr Wike said.

He further said the state government had begun implementing “no work no pay” policy.

Governor Wike at the occasion announced the award of full scholarship for all the 55 students already admitted into the College of Medical Sciences of the institution and directed the university management to refund all monies already paid by the affected students.

He further mandated the Rivers State University to commence construction work on the building to house the School of Nursing within the premises where the Faculty of Medical Sciences has been sited.

George Sekibo, a senator from Rivers State, who commissioned the building, thanked Mr Wike for his administration’s efforts to develop the state.

Innocent Ujah, a professor and president, Nigeria Medical Association, who laid the foundation for the Faculties of Basic Clinical, Clinical Science and Pathology buildings, said that under Governor Wike’s administration “the health sector has received special attention geared toward the sustainable development goals”.

The judiciary workers in Nigeria have been on a nationwide strike since April 6. They are demanding financial autonomy for the judiciary at the state and federal levels.

The Nigeria Governors’ Forum (NGF) is a body of governors from the 36 states of the federation that was created to provide a platform for collaboration among governors on matters of public policy and promotion of good governance.

The forum at its meeting with the judiciary workers agreed to accede to their demands in order to end the two-month-old strike.