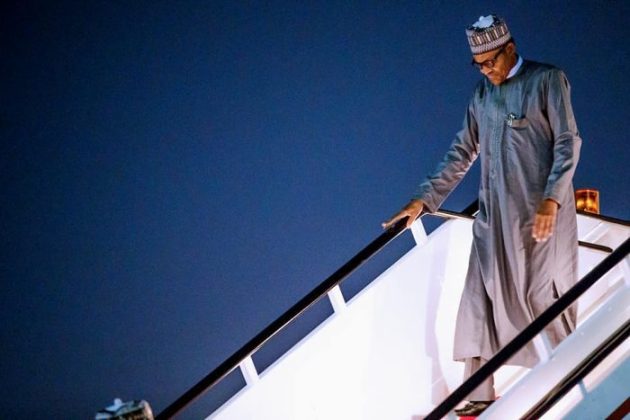 President Muhammadu Buhari has postponed his trip to London, the United Kingdom, for a medical follow-up visit.

TrackNews Online had reported that the trip was earlier scheduled for today, Friday, June 25, 2021.

But according to a short statement by the President’s Special Adviser on Media and Publicity, Femi Adesina, the trip has been pushed forward.

Though a reason for the postponement was not given, Mr. Adesina said a new date will be announced in due course.

In other news, a former Governor of Ogun State, Olusegun Osoba, has condemned the Muhammadu Buhari-led government over its decision to ban the operations of Twitter in Nigeria.

Speaking in an interview with The PUNCH on the Twitter ban, Osoba, an ally to Bola Tinubu, insisted that such moves by Buhari’s government must be resisted.

The APC chieftain added that this is not the first time the federal government is trying to control the media, recalling that he had spent time in detention fighting for press freedom.

Osoba said: “Again, we will continue to resist it. This will not be the beginning or the end of measures by different governments to want to contain and control the media.

“We will be the ones to continue to resist such. I have been in detention many times in the past all because of the news I wrote. None of my stories have ever been denied, but governments all over the world will want to hide under security threats to do what they do.

“We are the ones that must continue to show that what we are doing is helping the nation and making sure that there is restraint on the part of those in authority.”

Related Topics:JUST IN: Buhari Postpones London Medical Vacation
Up Next