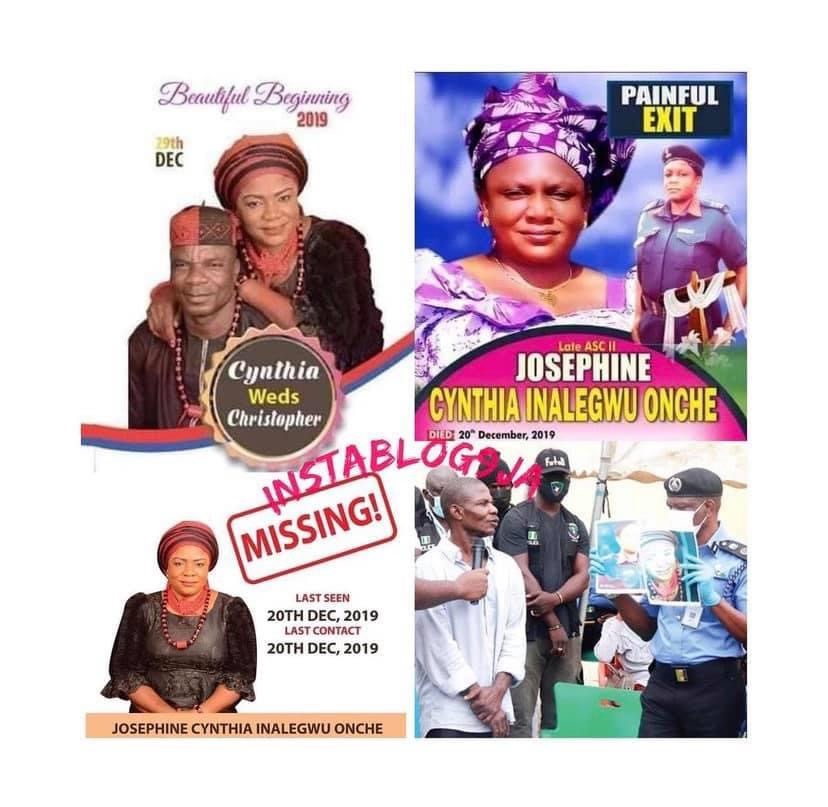 TRACKING——-Christopher Akpan, the 45-year-old who allegedly murdered his fiancée, Josephine Cynthia, a few days to their wedding in Benue State, committed the hideous crime to avoid paying a N14million debt, the police has said.

The victim, who was a staff of National Security and Civil Defence Corps (NSCDC), was killed and buried in a shallow grave in December 2019.

Parading the suspect on Wednesday, June 16, the Force Public Relations Officer, Frank Mba, said late Onche was in a relationship with Christopher, who had professed love and promised to marry her.

“In the course of the relationship, several financial transactions took place and it is believed that Onche had handed over a large chunk of money to her lover.

Between Dec. 19 and 20, 2019, Onche had visited her lover, who lured her to the house of a native doctor in Benue, where she was murdered. Her body was taken to a forest where she was buried in a shallow grave.

He had promised to pay the native doctor N5 million out of the N14 million he collected from Oche,” he said.

Related Topics:Late NSCDC officer was killed by her fiancé to avoid repaying the N14m she gave him
Up Next