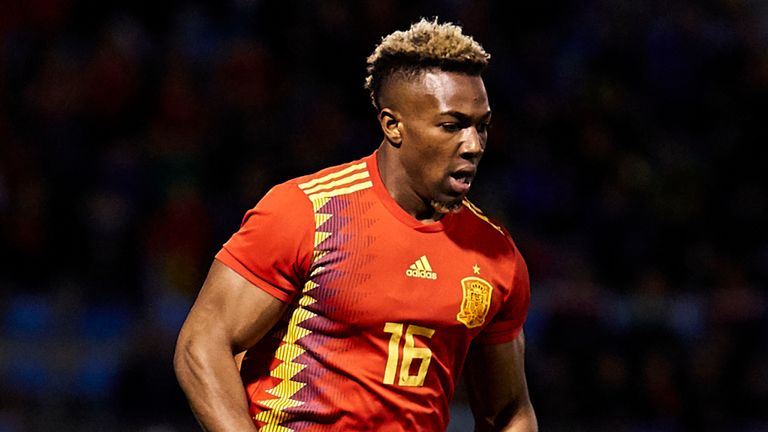 Liverpool have been linked with Adama Traore for quite some time and once again, the Wolverhampton winger is in the lime light.

Last year, reports in Italy (Calcio Mercato) and Spain (Mundo Deportivo) talked about the Merseysiders’ serious interest in signing the Spanish international. However, in the end, they lured his Wolves team-mate Diogo Jota.

As per the latest reports going on in the media, Liverpool are still interested in the speedy winger and could move to finally sign him this summer.

According to an exclusive story covered by 90min, Wolves, who have recently signed a new manager, are looking to sell Traore and the likes of Liverpool and Leeds are interested in getting his signing done. The latter are particularly keen.

The 25-year-old star’s current contract at the Molineux will expire in the summer of 2023 and as per reports (The Mail), he could be offloaded this summer for a fee of £45million.

Traore was in brilliant form in the 2019-campaign, he put in brilliant performances against top teams, especially versus the then champions Manchester City. He netted three goals and provided an assist to help Wolves do a double over Pep Guardiola’s men. The former Barca attacker was even impressive against Liverpool and the likes of Klopp and Pep heavily praised him.

Last season, he was out of form and only managed to score 2 goals in the Premier League. However, Luis Enrique still selected him in Spain’s European Championships’ squad.

Liverpool do lack quality in depth as far as the wide attacking positions are concerned. There is no top player to cover for the likes of Mane or Salah when they are absent/out of form. Traore has the qualities to unsettle defenses and perhaps someone like Klopp can get the best out of him.

Have your say – should Liverpool splash £45million to finally sign the winger?

Related Topics:Liverpool could move to finally sign £45million winger – Report
Up Next