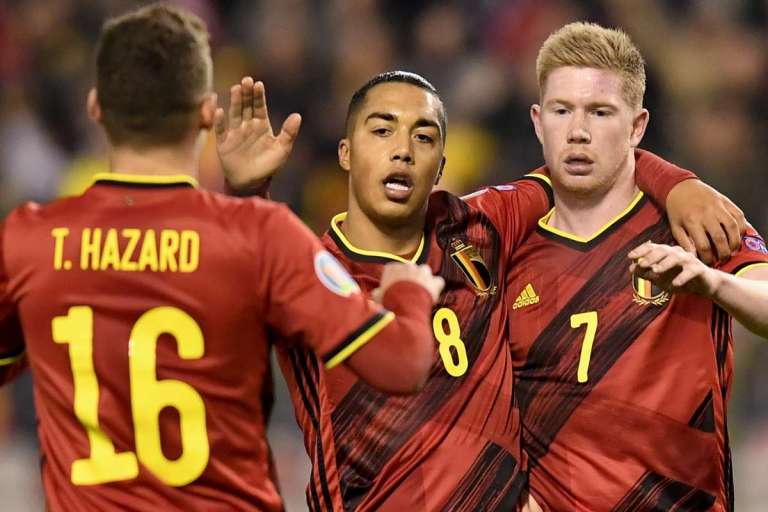 Gini Wijnaldum will be moving to Paris Saint-Germain on a bosman this summer (Marca) and Liverpool need to replace the influential Dutch international.

The Reds have been linked with Belgian international and Leicester City star Youri Tielemans recently and the latest updates suggest that a fee of over £70million would be needed to secure his signing.

According to Leicester Mercury, Jurgen Klopp would have to offer a fee worth £70million+to sign the former Monaco midfielder, who was brilliant for the Foxes in the last campaign.

Tielemans has mainly played as a deep lying playmaker under the management of Brendan Rodgers but when needed, he has proved to be a creative central/attacking midfielder as well.

The 24-year-old star scored the winning goal, a fantastic long range strike, in the FA Cup final against Chelsea. Overall, he scored 3 goals and provided 2 assists in the competition.

In 37 PL starts last term, the 38-capped international directly contributed in 10 goals (6 goals and 4 assists) but unfortunately, Leicester failed to qualify for the Champions League. He could be tempted to join the Reds to play in the Europe’s prime competition next season.

Retired striker Kevin Phillips has recently claimed that the versatile midfielder would be tempted to move to Anfield. The former Sunderland striker told Football Insider:

“Leicester won’t be getting Champions League football next year after just missing out while Liverpool have, that’s a big, big draw for any player.”

“So if Liverpool were to make inquiries and make an offer then it could be one of those where it’s hard to stop the player going and turn the deal down, so it will be an interesting one.”

Wijnaldum was ever-present for Jurgen Klopp and like the Netherlands star, Tielemans has got a fantastic fitness record as well. He has proved his worth in the Premier League. Should Liverpool splash £70million+ to secure his signing?

Related Topics:Liverpool told £70million+ would get star signing done
Up Next