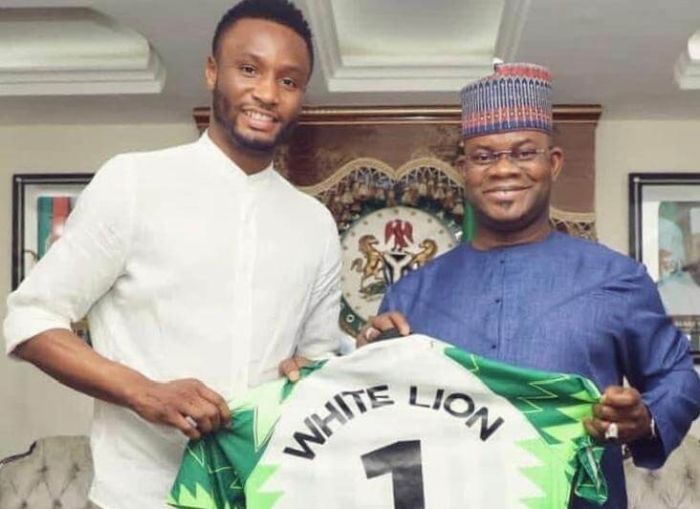 Obi is hopeful that Bello and himself could work together as a team to achieve success.⁣

One young person Governor Yahaya Bello of Kogi can count on when he eventually mounts his bid for the Nigerian presidency, is superstar footballer and former Chelsea midfielder Mikel Obi.⁣

Governor Bello is 45 years of age. He has been touting himself as the voice and hope of the youth in a nation that has been governed by mostly septuagenarians since Nigeria returned to democratic governance in 1999.⁣

And Obi agrees that Bello could be the man who saves Nigeria’s young people.⁣

“What better person to lead the youths than him, because he has been doing all these good works and that is why I am here to see whatever way I can come in,” Obi said when he met the governor on Sunday, June 13, 2021.⁣

“To get the youths together to know and see how we can make things better for our country and how we can align to achieve all that”, Obi added.⁣

“It is an honour for me to finally meet his Excellency personally after all the good things I have heard and read about him from not just the people of Kogi State but from Nigerians.⁣

“My main aim is to come here to show my appreciation and to thank him for all the things he has been doing for the people and also to support him in whatever future political positions he wants to go into.⁣

“I will like to be there to support him, to be there by his side through this journey for him to achieve whatever he wants which is for the betterment of Nigeria,” the footballer added.⁣

Obi said he is hopeful that Bello and himself could work together as a team to achieve success.⁣

Governor Bello of the governing APC, has told whoever cares to listen that he’s interested in emerging Nigeria’s President sooner rather than later.⁣

He has also said most young people, ex footballers and celebrities–some of whom have been paying him courtesy calls lately–are urging him to run for the number one office in the land.⁣

Bello spends most of his time in Abuja, the nation’s capital city, and governs Kogi from Abuja.⁣