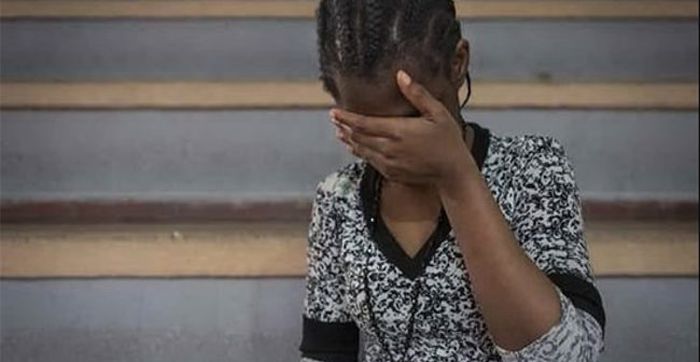 A 39 years old Louis Okandeji who reportedly defiled a toddler girl in Ogunu Community, Warri South has been released from custody by the Police.

The suspect, who is from a wealthy home, was reported to have boasted that no one could punish him for the crime after he was released.

He was initially arrested and paraded and later dragged to the Police “A” Division in Warri, Delta State by the Community after the incident occurred on Monday, May 31, DAILY POST can report.

After he was released, he was allegedly seen in public boasting that nobody could do anything about the matter.

Meanwhile, the Secretary-General of Delta State Branch of the Committee for the Defence of Human Right, CDHR, Comrade Israel Joe who had followed up on the matter, condemned the alleged act by the suspect.

He also demanded the rearrest and prosecution of the suspect, to serve as a deterrent to others in the area.

“This is my stand and that of the Warri people because we are fully set to protest this injustice staring at us in the face.”

“I called the DPO severally to tell him that we are interested in the matter hence the man should face the law though the suspected rapist is from a very wealthy background.

“He did not pick calls neither did he return the calls which has been the attitude of the DPO CSP Tanko. Y. Mahmud.

“I went to his office on the 2nd of June and the officers told me the DPO T. Y. Mahmud wasn’t around and I have to complain to the Area Commander Warri one on one about the conduct of the DPO “A” Division.

“The Area Commander is a no-nonsense person and I supposed he must have called the DPO.

“Just today, we discovered that the man has been released and he was boasting that nobody can do anything about it.”

According to Comrade Joe:-

“The poor mother of the girl was pressured into collecting N200,000 and asked to pack out of the house she was, which belongs to the grandfather of the suspected serial rapist.”

He noted that it wasn’t the first time that the suspect has defiled little girls in Ogunu Community.

“The question facing us is, should we continue to compromise matters of defilements and rape leaving the victims to face the psychological damage in the future? The Police A Division Warri should be sanctioned and called to order by the police authorities.”

When contacted, the mother of the victim refused to disclose her name as soon as she noticed she was speaking with a Journalist.

She couldn’t deny the allegations that she was forced to collect the sum of two hundred thousand naira.

When asked if she knows it was a crime on the side of the law to have allegedly collected money on such matters, she asked, “Where this matter dey go?”.

The Delta State Police Command led by CP Ari Muhammed Ali is yet to comment on the matter.

However, the Acting Police Public Relations Officer, DSP Bright Edafe promised to reply to a WhatsApp message sent to him by Our Correspondent as soon as possible.