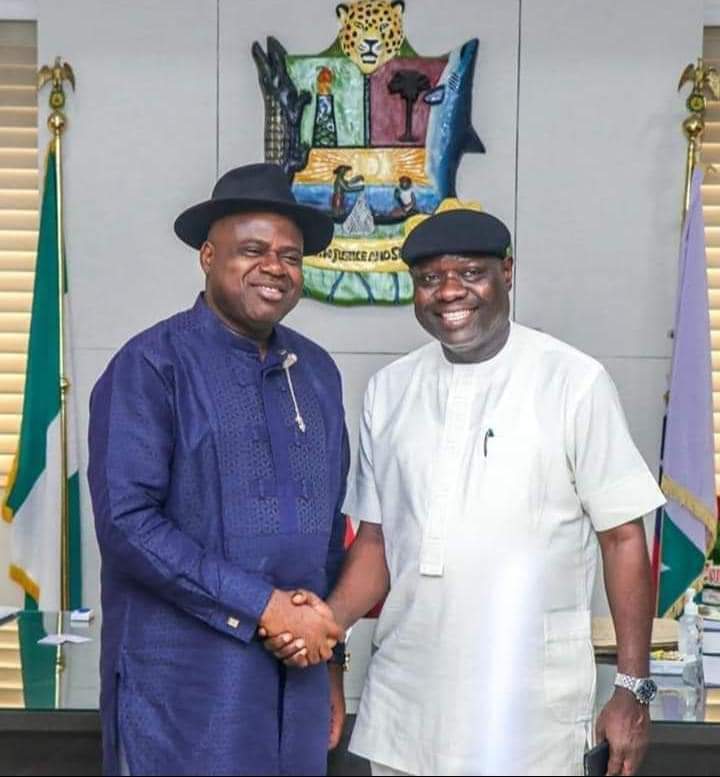 Describes him as a rare StatesMan

Rt. Hon. Azibapu Fred Fred Obua, the Honourable Member representing Ogbia Federal Constituency in the House of Representatives of the Federal Republic of Nigeria and Deputy Chairman of the House Committee on Information and National Orientation has, onbehalf of his Family and Constituents, congratulated Sen. Douye Diri, Governor of Bayelsa State as he clocked 62, June 4th, 2021; eulogizing his laudable achievements and describing him as a rare StatesMan.

Obua, a Fellow of the Institute of Quantity Surveyors and former Commissioner in the State, who, in the congratulatory message personally signed by him stated that the changing statistics of Bayelsa’s development under Sen. Diri’s watch cannot be contested, added that the Governor’s 62nd birthday is an ample opportunity to celebrate him and the PDP’s prosperity Administration for the completion of inherited projects like the Imiringi Bridge, award and ongoing construction of impactful projects like the Elebele Bridge, continuation of the construction of ongoing projects like the 2000-Seater Viewing Pavilion at Ogbia Town; renovation of hitherto unmotorable internal roads, urban renewal efforts, stimulation of the State’s economy, relative security, engendering of stable Polity, amongst other projects and programmes.

The Ogbia Federal Lawmaker who restated his commitment to continually speak and work for the prosperity and betterment of the People through strategic synergy with the Governor and all Stakeholders, prayed God Almighty to more generously imbue Sen. Diri with long life, increased Wisdom and sound Health to deliver democratic dividends to the State.

Expressing his Constituents appreciation of the Governor’s actions towards the advancement of the development of the State, improvement on the legacy and bettering of the fortunes of the Land, the People-oriented Lawmaker wishes the best for the Governor and for him to continually blow thousands of Candles and cut many colourful Cakes.

’62 SALUTATIONS TO THE ORACLE AND MIRACLE GOVERNOR OF BAYELSA STATE

‘Your Excellency, my Governor, Sen. Douye Diri, as You turn Sixty Two (62) years of Age and mark your birthday today, 4th June, 2021; I bring You best Wishes and good tidings from my Family and Constituents of Ogbia Federal Constituency who are appreciative of all that you do to advance the development of the State, improve on the legacy and better the Fortunes of the Land.

Your Excellency, this Birthday provides an ample opportunity for a full and proper appreciation of your Personality as former Member of the House of Representatives, an erstwhile Senator and presently the Governor of Bayelsa State of the great Peoples Democratic Party, whose Democratic credentials and Developmental Footprints are legendary and exemplary: the completion of some inherited Projects like the Imiringi Bridge; renovation of hitherto unmotorable internal roads; continuation of construction of ongoing Projects like the 2000-seater Viewing Pavillion at Ogbia Town; award and commencement of new projects like the Elebele Bridge; Urban renewal and capital city beautification efforts; giving human face to, and inclusion in, governance; stimulation of the State’s economy; Welfarist disposition to Citizens especially Pensioneers, relative Security, stable Polity to mention but few.

Clearly, the changing statistics of Bayelsa’s development under your Excellency’s watch can be debated but not contested, and as the Representative of Ogbia Federal Constituency in the House of Representatives, I shall continue to synergize, speak and work for the Prosperity and betterment of our People.

Your Excellency, the Governor, may all good things come your way and that of your Family and Government this Year and Years to come as You blow thousands of Candles and cut many colourful Cakes in great celebration in sound Health and increased Wisdom.

Happy 62nd Birthday and many returns, Your Excellency, indeed, You are a Special Miracle and a rare StatesMan.