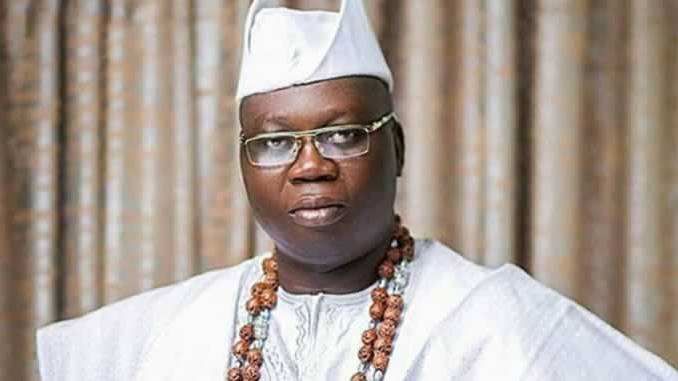 TRACKING_____Aare Onakakanfo of Yorubaland, Gani Adams has reacted to the killing of more than fifty people in Igangan town, Ibarapa, Oke Ogun area of Oyo State on Sunday. The OPC leader while condemning the death of the residents of the town, warned Fulani herdsmen and bandits to stay away from the region or be ready to face resistance.

The armed men on Sunday killed more than fifty people, razed cars and over twenty houses in the community.

Adams in his statement said the North had waged war against the Southwest, calling on the people of the region to defend themselves.

“In a situation like this, you rise and defend yourself. Where are the police when the bandits started killing our people in Igangan today?

“Even the palace of Asigangan of Igangan land, Oba Adewuyi Olaoye, was not spared and the monarch, according to reports had been whisked away by the bandits.

“I corroborated his statements and called for urgent surveillance across the southwest. Now with the recent onslaught on Igangan people, it is evident that the Fulani herdsmen are on a predetermined mission to kill, maim and decimate the southwest.

“This is one killing too many, I will not fold my arms seeing the blood of innocent people being shed like it is in Yangon

“Now that North had declared war on the Southwest, we will never silent or compromise on the homicide going on in the southwest. I want to charge all the governors in the Southwest, as well as the traditional rulers to rise to this occasion.”

“Those killed in Igangan town have their families and friends, there is blood flowing in their veins and I moment their lives were cut short by killer herdsmen and bandits in their home”.