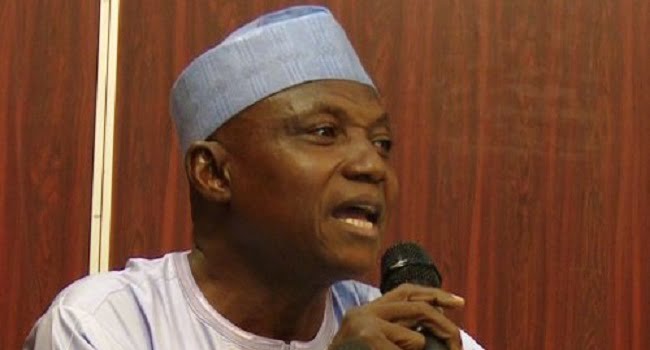 The Presidency has knocked a former US Ambassador to Nigeria, John Campbell, over his predictions that the country will collapse.

TrackNews Online reports that Campbell and Robert Rotberg had authored a recent article published on the Council on Foreign Affairs (CFA) in the United States.

According to the authors, Nigeria is in big trouble and has failed in its obligation to provide security to those it governs.

They also said Nigeria, “Africa’s giant”, is failing and on the verge of collapse.

Reacting in a statement on Thursday, Presidential Spokesman, Garba Shehu, said while Campbell is entitled to his opinions, events have proven his predictions wrong.

Shehu further said Campbell distorted facts to suit an argument when he wrote in the article that President Muhammadu Buhari requested that AFRICOM be moved to Nigeria.

He said: “Ambassador Campbell has been predicting the collapse of Nigeria for several years. He is of course entitled to his opinions, even where events consistently prove him wrong. But facts should not be bent to support distorted opinions.

“Let me give you one example. The authors write: ‘At an April meeting with U.S. Secretary of State Antony Blinken, Buhari reportedly requested that the headquarters of the U.S. Africa Command be moved from Germany to Nigeria so that it would be closer to the fight against jihadi groups in the country’s north.’

“President Buhari did not request that AFRICOM move to Nigeria. The transcript of the call with Secretary Blinken is available on the State Department’s own website.

“It’s not just a question of the invented addition of ‘to Nigeria’ with regard to AFRICOM. It sums up a piece that attempts – subtly but revealingly – to shift facts to suit an argument. Nigeria faces multiple challenges, not least of which is the dissemination of fake news and prejudiced opinion.

“This is something we have come to expect from partisan blogs and politically motivated lobbies. It is still a surprise, and a disappointment, to see them joined by Foreign Affairs.”

In a related development, the Federal Government has berated the Council on Foreign Affairs (CFA) in the United States for declaring Nigeria a failed state on the basis of its security challenges.

The Minister of Information and Culture, Lai Mohammed, said this in response to a recent declaration by the council that “Nigeria is at a point of no return with all the signs of a failed nation’’.

Related Topics:Presidency Knocks John Campbell Over Prediction Of Nigeria’s Collapse
Up Next