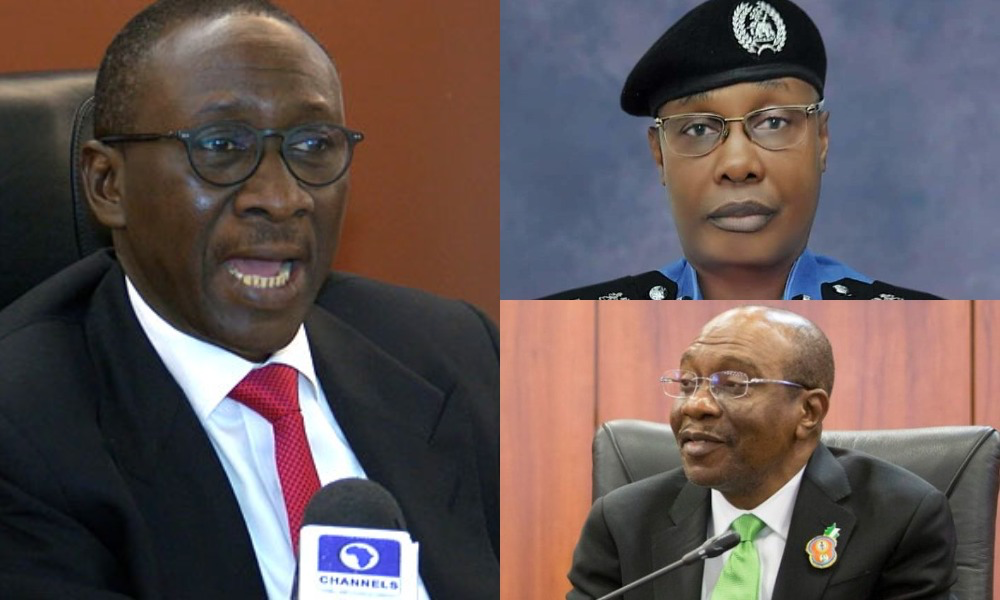 The House of Representatives for the umpteenth time has ordered the Governor of Central Bank of Nigeria (CBN) Godwin Emefiele, National Security Adviser NSA Maj-Gen. Babagana Monguno(rtd), Inspector- General of Police (IGP) Usman Alkali to appear before its ad-hoc committee on assessment and status of all recovered looted funds, movable and immovable assets for effective utilisation and management from 2002-2021 on or before Thursday June 10, 2021 or face the wrath of the green chamber of National Assembly.

According to the chairman of the ad-hoc committee, Jonas. Adejoro Adeogun, CBN, NSA, IGP and DG, NIMASA have between now and Thursday to appear before the House Committee or the National Assembly will invoke its power according to the constitution to deal with them.

Earlier at the hearing, roll calls on the expected stakeholders for the day had been read by Adeogun.

Nontheless, the committee observed that most of the stakeholders aside the office of the Accountant General of the Federation who were present only sent in their representatives without a formal letter; a situation the committee frowned at.

Reacting to the absence of these stakeholders at the hearing, a member of the committee,Hon Isiaka Ibrahim (APC, Ogun) said if stakeholders fail to appear before the National Assembly’s committee then the institution should be shot down.

“If it amount to raising it on the floor of the House, we should shot down the national assembly and the agencies of government. If they are not going to respect us by our invitation then there is no need to be here. If we are to be tied not to perform our function then we don’t need to be here”,Ibrahim said.

The committee adopted the resolution through its chairman following further supports by some members as he said the parliament will not hesitate to deal with the invited officials if they failed to appear in line with its constitutional powers.

The Adeogun led ad-hoc committee last week suspended its investigative hearing to enable members participate in the constitution amendment hearing held across the six geopolitical zones of the country.

Related Topics:ASSETSIGPNSAOTHERS OVER RECOVERED LOOTED FUNDSReps summon Emefiele
Up Next