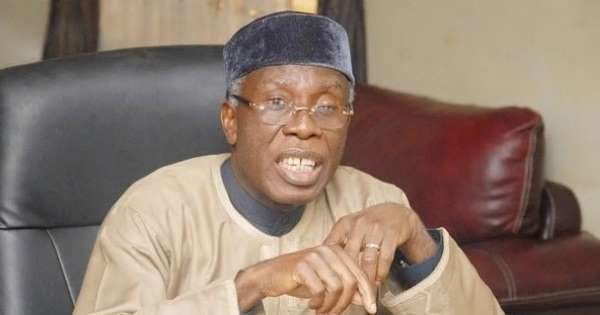 The Arewa Consultative Forum (ACF) has asked Northern lawmakers to be careful of endorsing restructuring and passing it into law.

Chairman of the forum, Chief Audu Ogbeh, said this on Monday at a one-day retreat organised by the Northern Caucus of the House of Representatives themed, ‘Petroleum Industry Bill and the Future of Nigeria’.

Ogbeh warned that the North was lagging behind in industrialisation, education, and job creation to its teeming population owing to a lack of proper planning and determination by its leaders to invest in the region.

He warned the northern lawmakers to be diligent as many issues regarding the PIB and other issues that would have both positive and negative effects on the North would come before them.

Ogbeh said during their last meeting in Kaduna, they extended an invitation to Ohanaeze, Afenifere, and the South-South in order to have a conversation on the subject.

Ogbeh said, “The last time Mr President met with a delegation from the South-South, he made a statement that revealed his body language.

“He said that if a bill is presented before the National Assembly on the question of restructuring and the Assembly passes it, he will have no objection than to sign it. It then means that the matter may not be too far away

“We believe that there is no reason for undue warfare and that we all need to have a conversation across table to solve the problem. However, I will like you, as legislators, to take note of this.

“Many of the people who are clamouring for restructuring are referring to the 1963 Constitution. Somehow, they believe that constitution gives to every part of Nigeria whatever resources they have.

“Item 25, part 1 of section 69 of the first schedule says that mines, minerals, including oil fields, oil mining, geological surveys and natural gas are on the exclusive list.

“Take out this constitution and read it well. We will meet, discuss and something will be presented to you. It will be up to you to make it work after which Mr President will be ready to sign it,” he added.

Related Topics:Restructuring: ACF Issues Directive To Northern Lawmakers
Up Next