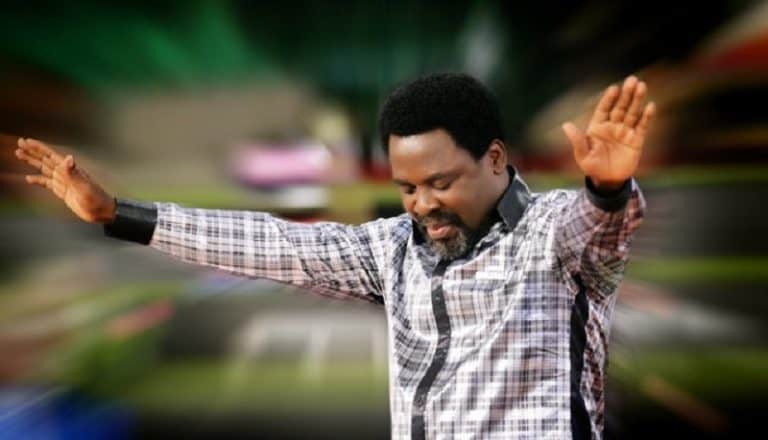 Residents of Arigidi Akoko, in the Akoko North West Local Government Area of Ondo State, were thrown into mourning following the death of the founder of the Synagogue Church of All Nations, Pastor Temitope Balogun Joshua, popularly called TB Joshua.

The elder brother of the deceased, Abimbola Balogun, on Monday, disclosed that saw the late cleric eight months ago when he advised him to love everyone around him.

Prophet T B Joshua died on Saturday evening in Lagos at age 57.

It was gathered that the report of the death of the cleric has thrown the community into mourning.

A source who spoke on the development said, “Market and shops are closed in Arigidi Akoko and the nearby towns and villages to honour the departed cleric.”

The brother of the Prophet, while reacting said he is in a state of disbelief.

Balogun described his late younger brother as a God-sent to the family and the entire community because of his philanthropic gestures that had positively affected the lives of many people in the area.

He said, “I saw my brother last, eight months ago; and during that encounter, he advised me to love the people around me and I that should avoid too much love for money.

A friend of late TB Joshua, who is also the traditional ruler of Gedegede Akoko, Oba Walidu Sanni, said the downtrodden, widows, persons with disabilities and the elderly would miss him for his benevolence.

Related Topics:T B Joshua’s Brother Reveals Last Encounter
Up Next