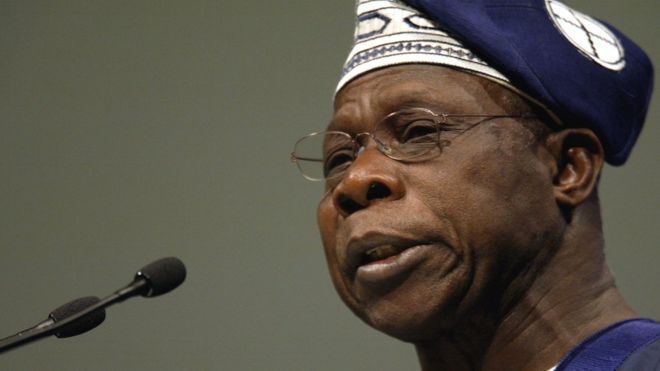 Former President of Nigeria, Chief Olusegun Obasanjo has warned that the country’s geometric increase in population could become a full liability if not properly managed.

The former president made the submission in Abeokuta, the Ogun State capital during a mentoring session with students of some selected schools across the country tagged “raising the next wave of innovative leaders through entrepreneurship.”

Obasanjo however warned that if there is no corresponding socio-economic development, the population explosion can become a curse rather than a blessing for Nigeria.

He said, “When COVID-19 struck, I decided to take the vaccine. I was worried that it would be like Ebola, thank God it has not been as devastating as Ebola.

“We have moved from 120 million to over 200 million. We have added the population of France to our population and if we continue the way we are going, by the year 2050 we will be the third-largest country in the world.

“If we still continue, by the year 3000, we would be the largest country in the world.

The former president however said what Nigeria needs to do is manage the population for the benefit of the citizens.

He recommended education and family planning as part of the solutions for the population challenge.

He said, “What we need to do is education about population management. Some people don’t like saying family planning, but whatever you do, you must manage your population to the benefit of all that are living within your nation.”

Meanwhile, President Muhammadu Buhari on Sunday reacted to threats by the Niger Delta Avengers to attack oil installations in the south-south region.

In a statement to newsmen through his Special Adviser on Media, Femi Adesina, Buhari described the threats as “unnecessary”.

Buhari noted that the issues raised by the group had been responded to when he met with the leadership of the Niger Delta and Ijaw National Congress (INC), at the Presidential Villa on Friday.

Related Topics:The Population Of Nigeria Is Becoming A Liability – Obasanjo Warns
Up Next

Man Beats His Wife To Death Over ₦2000 Loan