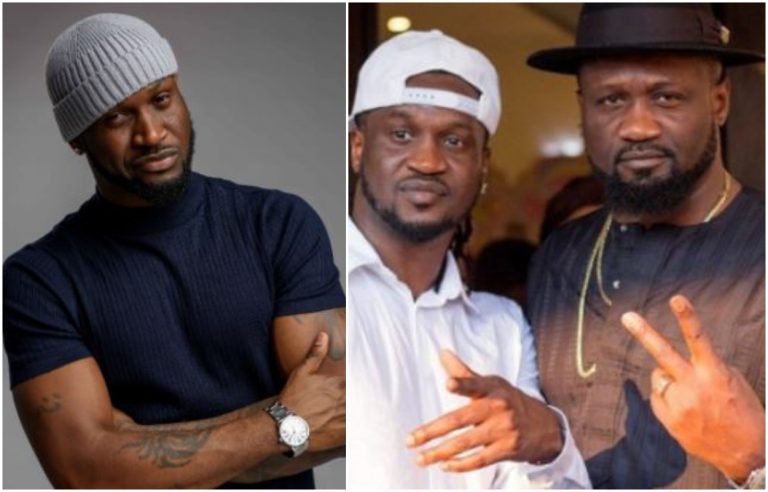 Peter Okoye of the defunct P-Square duo has taken to social media to thrown a shade at his brothers, Jude and Paul Okoye.

Naija News understands that two brothers, Peter and Paul Okoye, broke up before in 2016, supposedly over a disagreement about the role of their manager and had gone solo individually ever since then with Peter diving into movie acting and production, whilst bagging juicy endorsements at the side and Paul, performing as KingRudgy.

However, in a recent post, Peter via his verified Twitter handle talked about how he’s been surviving and doing better, noting that he is now richer than when they were all together.

In his words, he wrote; “Team P! What were they thinking?? That I wasn’t going to survive alone? They just can’t stand the fact that I am richer now and doing well for myself. Pained! And this post is for them and them alone! Just watch them referring this post to my family as usual! Odes! Watch them start preaching!”

Related Topics:I Am Richer Now’ Peter Okoye Fire Shots At His Brothers‘They Thought I Won’t Make It Alone
Up Next

Why I Stopped Acting In Nollywood – Rita Dominic Spills