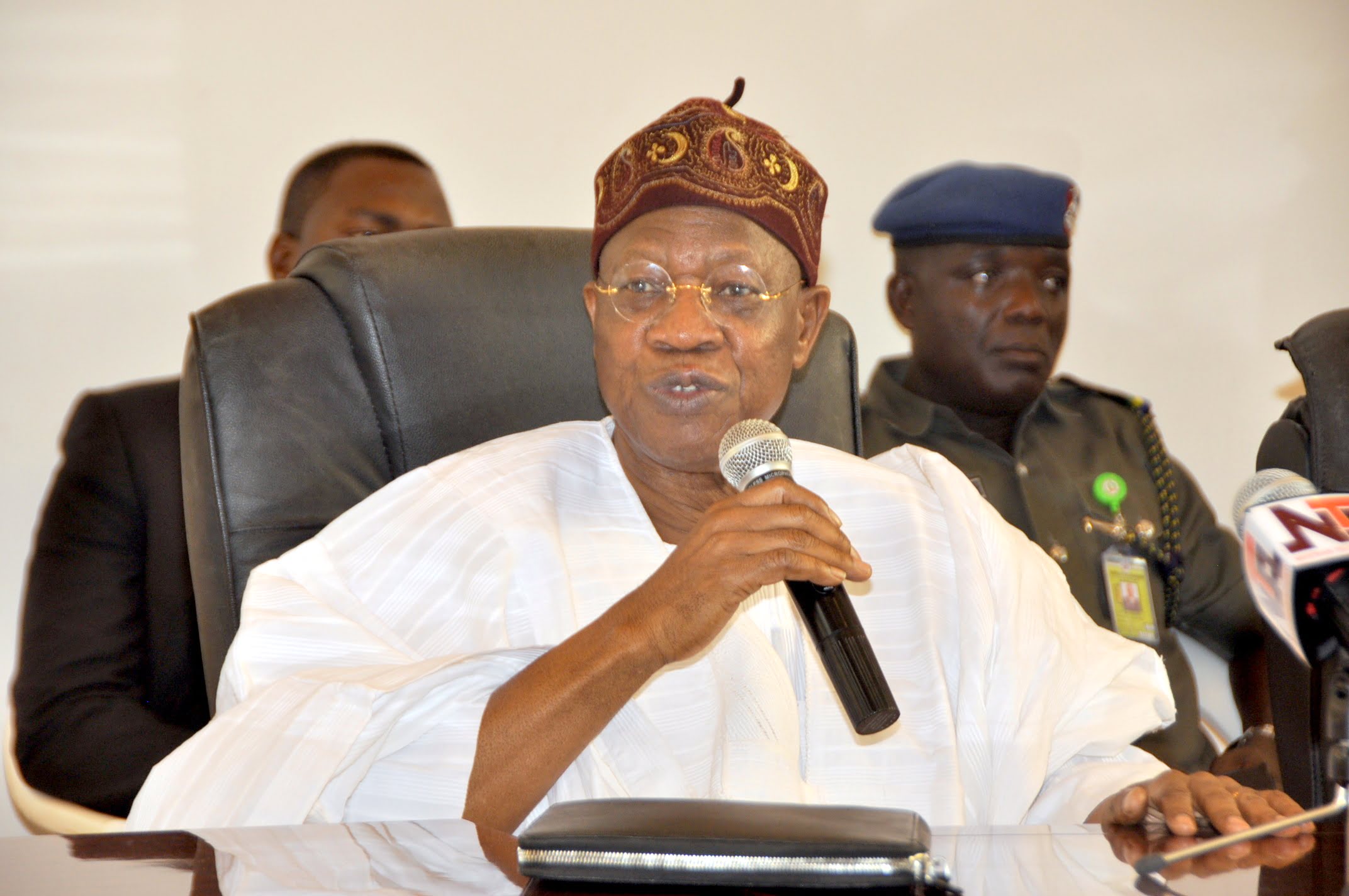 The Minister of Information and Culture, Lai Mohammed has taken a swipe at the US media giant, Twitter, saying its mission in Nigeria is suspicious.

TRACKING_____Mohammed’s comments came after Twitter deleted President Muhammadu Buhari’s tweet where he issued a threat to trouble makers in the country while making reference to Nigeria’s civil war.

While defending its action, the tech company said the President’s tweet violated its rules.

But briefing State House reporters at the Presidential Villa on Wednesday in Abuja, the Minister accused Twitter of ignoring inciting tweets by the leader of Indigenous People of Biafra, Nnamdi Kanu, and others, adding that Nigeria would not be fooled.

“We have a country to rule and we will do so to the best of our ability. Twitter’s mission in Nigeria is very suspect, they have an agenda,” he said.

“The mission of Twitter in Nigeria is very suspicious. Has Twitter deleted the violent tweets that Nnamdi Kanu has been sending? Has it? The same Twitter during the ENDSARS protests that were funding ENDSARS protesters, it was the first to close the account of the former president of the US, Trump.

“And you see when people were burning police stations and killing policemen in Nigeria during ENDSARS, for Twitter, it was about the right to protest. But when a similar thing happened on the Capitol, it became insurrection.”

He recalled the #EndSARS protest during which government and private property were either looted or destroyed in October last year, noting that the company also displayed the same bias during the period.

The minister also asked what rule of Twitter President Buhari violated to warrant his tweet to be deleted, wondering why previous tweets on #EndSARS protests were taken out.

Mohammed added, “Twitter may have its own rules, it’s not the universal rule. If Mr. President, anywhere in the world feels very bad and concern about a situation, he is free to express such views. Now, we should stop comparing apples with oranges.

“If an organisation is proscribed, it is different from any other which is not proscribed. Two, any organisation that gives directives to its members, to attack police stations, to kill policemen, to attack correctional centers, to kill warders, and you are now saying that Mr. President does not have the right to express his dismay and anger about that?

“We are the ones guilty of double standards. I don’t see anywhere in the world where an organisation, a person will stay somewhere outside Nigeria and will direct his members to attack the symbols of authority, the police, the military, especially when that organisation has been proscribed. By whatever name, you can’t justify giving orders to kill policemen or to kill anybody you do not agree with.”

President Buhari had during a meeting with the Chairman of the Independent National Electoral Commission (INEC), Professor Mahmood Yakubu, issued a stern warning to those plotting to destroy Nigeria, saying they will soon receive the shock of their lives.

He also condemned the series of attacks on INEC facilities, stressing that the Federal Government has given the perpetrators enough time.

“I receive daily security reports on the attacks, and it is very clear that those behind them want this administration to fail,” President Buhari said.

Related Topics:says Lai MohammedTwitter’s Mission In Nigeria Is Suspicious
Up Next

We Are Negotiating With Abductors Of School Children – Niger Govt