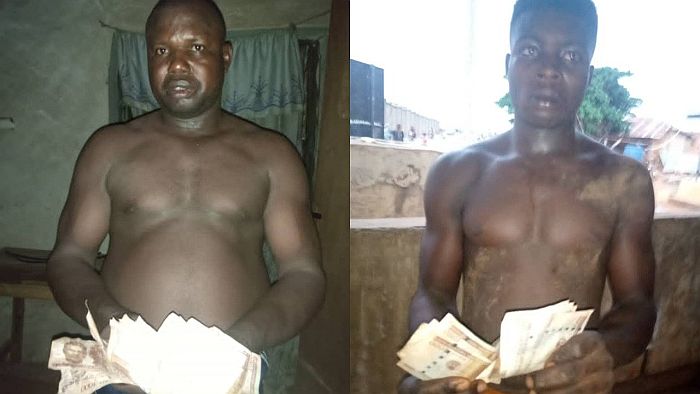 They were arrested on Friday, at about 18:15hours at Yagba market, Patigi, in Patigi Local Government Area of Kwara State, while spending the fake currency.

According to the spokesman of the defence corps, Babawale Zaid Afolabi, in a statement in Ilorin, Benjamin Moore, described as the ring leader, hails from Ebonyi State, but resides in Iseyin.

“He is currently running two homes, having a wife in Iseyin with five children and another one in Enugu with four children.

”He confessed that a man he met at Lokoja, introduced him to the business,” the statement added.

The statement said they decided to operate in far places like Yagba market in Kwara State where they cannot be easily traced.

“He also confessed that it was his first attempt in the business,” the statement stated.

The two suspects are currently at the State headquarters of the civil defence corps for further investigation.

Related Topics:Two Suspects Arrested For Spending Fake Money In Kwara State
Up Next