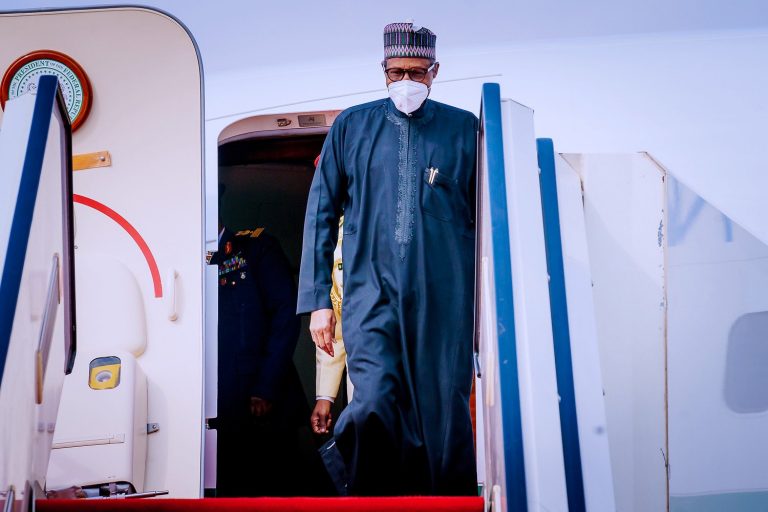 Taking to his Facebook page, Ahmad confirmed that President Buhari will visit Borno State on Thursday to appraise the security situation in the Northeast.

The President will also commission some developmental projects executed by the Borno State government.

He wrote: “President Muhammadu Buhari will tomorrow, pay a one-day working visit to Borno State, for appraisal of security situation in the Northeast.”

“During the visit, Mr. President will also commission some developmental projects executed by the Borno State Government.”

It will be recalled that Governor Babagana Zulum has revealed that President Muhammadu Buhari will on Thursday visit Maiduguri, the Borno State capital, for a one-day working visit.

Naija News reports that the Borno governor disclosed this on Tuesday evening at the Government House in the state capital.

During his visit, Zulum said that the President would be appraising the security situation in the northeast.

According to him, the president would also inaugurate 4,000 houses which were part of the Federal Government’s housing project, as well as some local projects executed by the state government.

Meanwhile, the Islamic State of West Africa Province (ISWAP) on Tuesday reportedly attacked a military formation in the southern part of Borno State, carting away weapons after a fierce gun battle with the troops.

The insurgents were said to have burnt down one Ammour Personal Carrier(APC) and a gun truck.

According to a member of the Civilian Joint Task Force (JTF), Hamidu Abu, the deadly group targeted soldiers camp but not residents.

Related Topics:Why Buhari Is Visiting Borno State – Presidency
Up Next

Nigeria will not break up despite agitations – Prophet Hezekiah