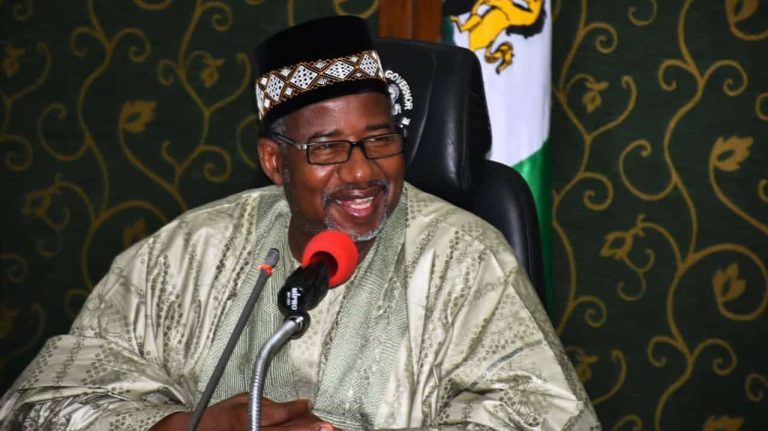 Idris made the assertion when members of Bala Abdulkadir Mohammed Vanguard (BAM-V), a group canvassing support for Governor Mohammed to contest the 2023 presidential election, paid him an advocacy visit at his Abuja residence.

Idris noted that governor Mohammed has the qualities to salvage the country from its current precarious situation if he becomes the next president.

He said Nigeria is currently in a precarious situation and needs someone who possesses good leadership qualities to steer the country’s ship from the precipice it is now.

Idirs added that he has seen such qualities in Governor Mohammed even before he became the minister of the Federal Capital Territory (FCT) and prayed that the governor should be the anointed person to lead Nigeria as from May 29, 2023.

“If we look at the situation now, I think he (Mohammed) can help. Bala has been a very good friend before he even became the minister of FCT.

“We have been working together as PDP members. I believe he has the qualities (of becoming president). And I wish him all the best,” the former governor said.

While submitting that it is only God who has the power to appoint the country’s next president, Idris expressed the wish that the Bauchi governor should be the person God anoints.

“It is only God who has the power to put someone in power; nobody has the power. I wish and I pray that Bala is the person God has anointed,” he said.

Speaking earlier, the leader of the delegation, Mohammed Abubakar Jibo, informed the former governor that they were at his residence to introduce themselves and to intimate him on the activities and mission of the group.

Jibo, Director-General of BAM-V stated that the group is out to call on Governor Mohammed to answer the call of Nigerians for him to contest the 2023 presidential election.