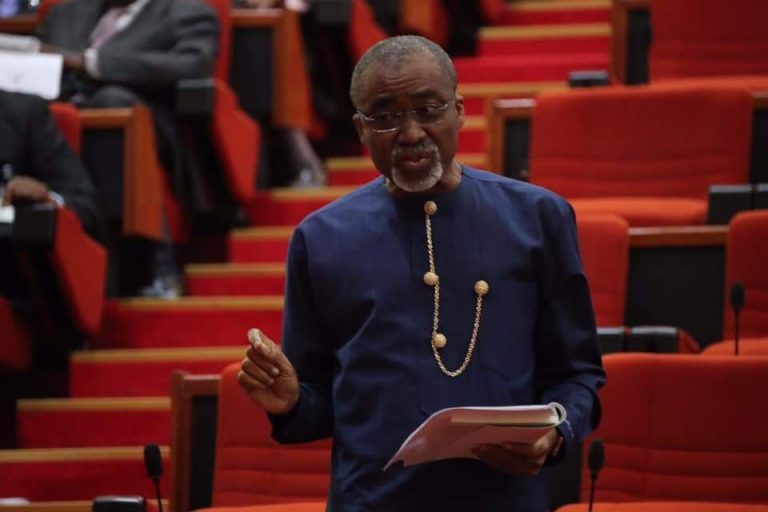 Some National Assembly lawmakers elected on the platform of the Peoples Democratic Party (PDP) have thrown their weights behind Southern Governors in demanding the zoning of the 2023 presidency to the south.

The lawmakers on Wednesday agreed with the demand of the southern governors for the presidency to return to the south.

The legislators were led by Senator Enyinnaya Abaribe and Hon. Ndidi Elumelu.

Naija News recalls the Southern Governors after their meeting in Lagos on Monday as part of their demands contained in a communique issued at the end of the meeting said the presidency must return to the south in 2023.

They also demanded the inclusion of the electronic transfer of results in the 2010 Electoral Act amendment Bill 2021 and the inclusion of the state police in the ongoing 1999 constitution review while rejecting the 3% for host communities in the recent Petroleum Industry Bill (PIB) approved by the Senate.

Addressing journalists in Abuja on Wednesday, the PDP Senators vowed to work with the governors in their legislative capacities to ensure their demands materialize.

Related Topics:2023: PDP Lawmakers Join Southern GovernorsDemand Zoning Of Presidency To The South
Up Next