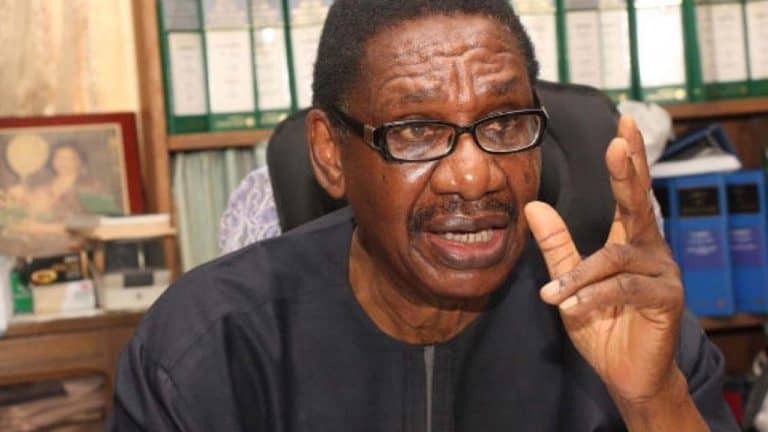 The Chairman of the Presidential Advisory Committee Against Corruption, Prof. Itse Sagay, on Monday declared his support for Southern Governors over their position on where Nigeria’s next president must emerge.

TrackNews Online had earlier reported that the governors from Southern states agreed that the next President must come from the region.

Sagay while speaking on the development said zoning the presidency to the South in 2023 is the only way to avoid the country plunging into crisis.

The Chairman of PACAC while speaking with Daily Independent, said, “I agree absolutely with the South governors. That is the only way it has to be in a country like this. When the presidency was in the South during Obasanjo’s regime, it was the same way the North insisted that the next president should come from the North. And so, Yar’Adua became president”.

“Later, Goodluck Jonathan took it up and Muhammadu Buhari became the president.”

“The nature of Nigeria is such that if that balance is not maintained, there will be a crisis”.

According to him, denying the south of presidency in 2023 will mean that there is a ruling class and others are the ruled.

“There is no debate about it, I’m in support of the southern governors,” he added.

Advertisement
Related Topics:2023: There Will Be Crisis If Presidency Is Not Zoned To South – Sagay
Up Next

Abduction: Live Up To Your Responsibility – Atiku Tells Buhari