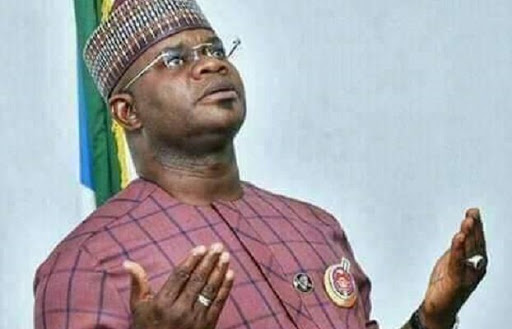 The convener of Concerned Nigerian, Deji Adeyanju, on Wednesday revealed why the Governor of Kogi State, Yahaya Bello is not qualified to take over from President Muhammadu Buhari.

The activist described Bello as the worst governor in the country, hence he is not qualified to become the country’s next president.

He noted that Governor Bello on several occasions has violated the human rights of people in Kogi State.

According to Adeyanju: “Yahaya Bello, not qualified to contest for President of Nigeria because he is the worst governor in Nigeria and an enemy of democracy.”

“He has continuously violated citizen’s rights in Kogi by arresting and jailing critics. an advocate of ta ta ta which is why he’s on US visa ban.”

The Kogi State Governor is believed to be nursing a presidential ambition ahead of the 2023 general election.

The governor’s campaign posters have been sighted in some states of the country.

Advertisement
Related Topics:2023: Yahaya Bello Is Not Qualified To Be Nigeria’s President – Adeyanju
Up Next

Senator Shekarau Speaks On Defection From PDP To APC