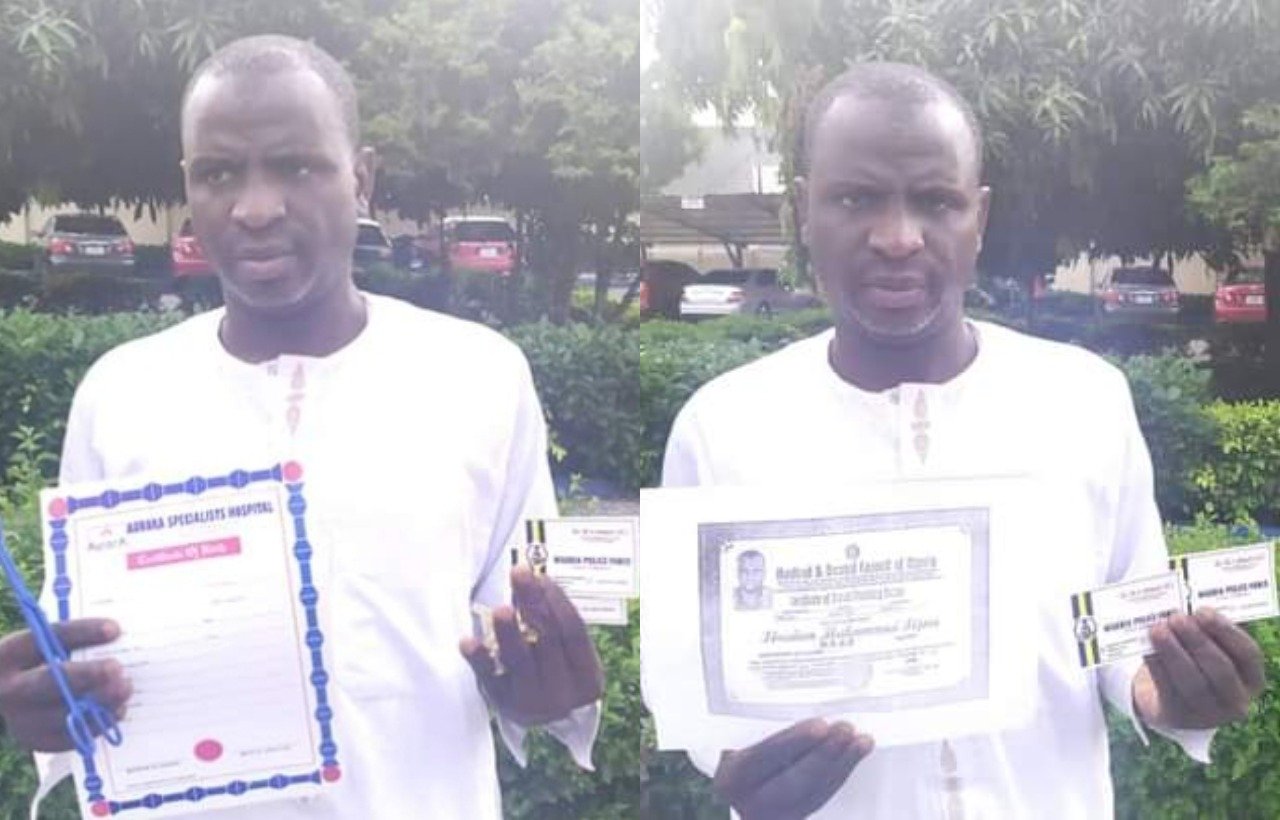 DSP Abdullahi Haruna Kiyawa, Police Public Relations Officer, Kano State Command disclosed this in a statement, indicating that the suspect was arrested following a credible information received from a hotel manager where the suspect went requesting for an accommodation to lodge his clients.

The statement added that while at the hotel, the suspect demanded for discount while claiming to be a superior police officer to the rank of an Assistant Commissioner of Police, (ACP), as well as the Squadron Commander of 52 Police Mobile Force, Challawa, Kano.

He said, “On investigation, fake documents were found in possession of the suspect bearing his picture and a name, Ibrahim Muhammad Tijjani as Medical Practitioner.

“He, (the suspect), confessed that he was neither a medical Doctor, nor a Police Officer, and that, he was arrested and prosecuted for impersonation as Medical Doctor”.

The impersonator, according to the statement, also confessed to have been involved in series of surgical operations, injections and prescription of drugs to many patients.

“The Commissioner of Police, Kano State Command, CP Sama’ila Shu’aibu Dikko, fsi [Nagari-Nakowa] ordered that the case be transferred to the Criminal Investigation Department of the Command for discreet investigation.

“Suspect will be charged to court upon completion of investigation”, ASP Kiyawa stated.

Related Topics:45-year-old man arrested for impersonating Assistant Police Commissioner in Kano
Up Next

Boko Haram Attacks, Burn Down Military Base In Borno