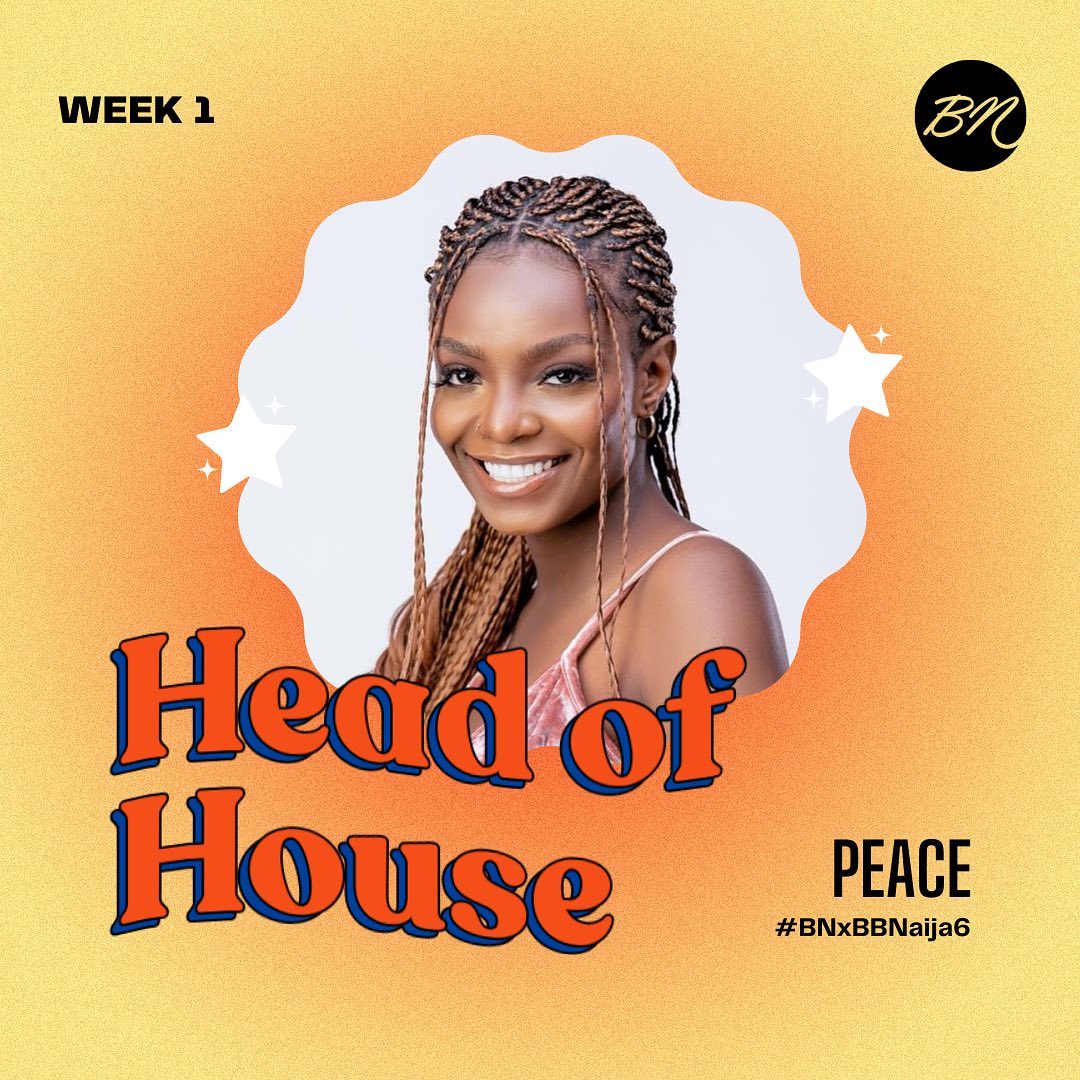 Peace emerged as the winner of the first Head of House challenge.

It was a dice and box game. It featured 35 designated steps, from 1 to 35, with Big Brother’s Eye imprinted on step 35.

The housemates were instructed to complete the last stage in the shortest amount of time or the one with the fastest time will win the game. The game began with a buzzer, and the 22 housemates took turns rolling the dice to earn a SIX to begin the game.

Peace finished the game with 16 points, followed by Maria.

She was told to pick a fellow HM of the opposite gender as deputy. She opted for Yousef.

For this season, the HoH has the privilege to select a deputy, and other benefits include an HoH lounge, a private bathroom, living and bedroom area.

Biggie has allowed unrestricted visitation to the HoH lounge for today and tomorrow only as part of the celebration of the first week. But guests can’t spend the night in the lounge.

Are you happy to see Peace as Head of House?

Related Topics:#BBNaija: Peace wins First Head of House Challenge of the Season!
Up Next

BBNAIJA!! Meet The 11 Female Housemates Of BBNaija Season 6 – Who Are You Supporting?