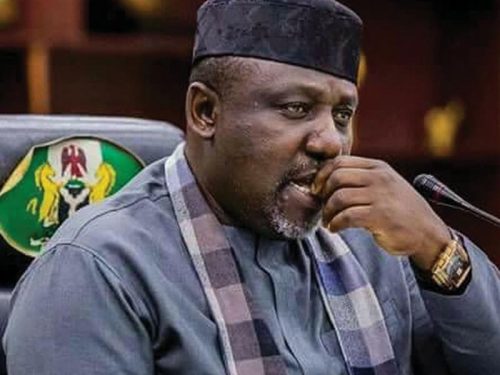 Former Governor of Imo State, Rochas Okorocha has been suspended by the National Working Committee (NWC) of the All Progressives Congress (APC).

The ruling party made this known in a letter dated July 12, 2021, and signed by the National Chairman of the APC caretaker committee, Mai Mala Buni, and its Secretary, John Akpanudoedehe.

According to the statement, Okorocha was suspended as a result of his involvement in “anti-party activities” and ‘flagrant public abuse’ of the person and office of President Muhammadu Buhari.

The statement noted that Okorcoha was also suspended in line with the decision of the state chapter of the party.

The letter reads: “This is to communicate to you, the National Working Committee (NWC) of the All Progressives Congress (APC) Party ratification of your suspension by the Imo State Chapter of our great party for anti-party activities.

“The suspension follows after the recommendation by the Imo State Disciplinary Committee set up to investigate allegations of gross anti-party activities against you which is in line with Article 21 (B) I-VI of our party’s constitution.”

TrackNews Online reports that Okorocha, representing Imo West Senatorial District has been in a running battle with Governor Hope Uzodinma of Imo State.

Related Topics:BREAKING: APC Suspends Okorocha Over Anti-party Activities
Up Next