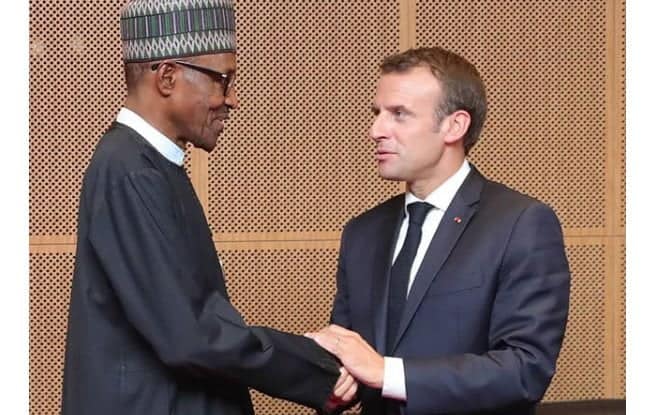 The council is a private sector initiative to enhance business relations between the two countries.

Macron appointed Rabiu, Founder/Chairman of Nigeria’s BUA Group, as the inaugural President of the council at a business summit in France.

The largest French companies including Dassault, Danone, Axens, Ponticelli and Total Energies are also members of the council.

Speaking at the inaugural meeting of the council, Rabiu thanked Macron for appointing him and pledged to use the platform to create better opportunities for businesses on both sides.

He said, “Nigeria is blessed with numerous potentials for French companies to do business across different areas, notably solid minerals, mining, manufacturing, agriculture, associated equipment, power, food processing, and even in the business of associated equipment or infrastructure for the value chains of these sectors”.

“Where French businesses have formerly been risk-averse or outrightly unable to do business with Africa’s largest economy, they can now be assured of a platform through which they can penetrate and mutually grow the market. Where Nigerian companies had not seen French companies or the French market as a viable destination due to a lack of information, they can now be sure of a platform to facilitate this. This is all thanks to President Macron’s foresight and vision.”

Reacting to Rabiu’s appointment, President Muhammadu Buhari said the appointment of the BUA Chairman further highlighted the warm and growing relations between both countries typified by strong partnership at different levels, including security, education and health.

He stated this in a statement issued Wednesday by his Special Adviser on Media and Publicity, Femi Adesina.

Buhari recalled that Rabiu recently played a frontline role in the health sector, particularly in the fight against global pandemic, COVID-19.

He congratulated the business community for a successful outing at the Choose France Summit held at Chateau de Versailles, outside of Paris.

Farming season: Ortom flags off distribution of improved seedlings to farmers in Benue