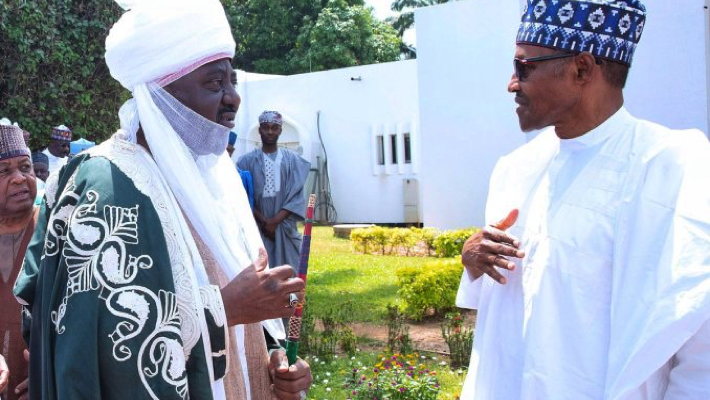 The emir made this call when Mr Buhari visited his palace in Kano after commissioning of Kanu-Kaduna rail project on Thursday.

Lamenting surging insecurity and economic hardship in the country, the emir charged Mr Buhari to look into the suffering of the masses.

“We are calling on the president to look into various sectors of life and find ways of ameliorating the sufferings and hardships faced by the masses especially in the areas of security, economy, especially food and commodities.

This is a responsibility upon us which we need to discharge accordingly,” Mr Bayero said.

In his Democracy Day speech on June 12, Mr Buhari claimed his regime has already lifted 10 million Nigerians out of poverty.

However, World Bank report on June 15 said about seven million Nigerians dropped below poverty line due to increase in inflation in the country in 2020.

“As of April 2021, the inflation rate was the highest in four years.

Food prices accounted for over 60 per cent of the total increase in inflation.

Rising prices have pushed an estimated seven million Nigerians below the poverty line in 2020 alone,” the report read in part.

Earlier in February, a World Bank report had projected that an additional 20 million Nigerians could be impoverished by 2022.

Related Topics:Buhari’s aides should advise himNigerians are suffering: Emir of Kano
Up Next

We have accomplished our mission: Senate President Lawan