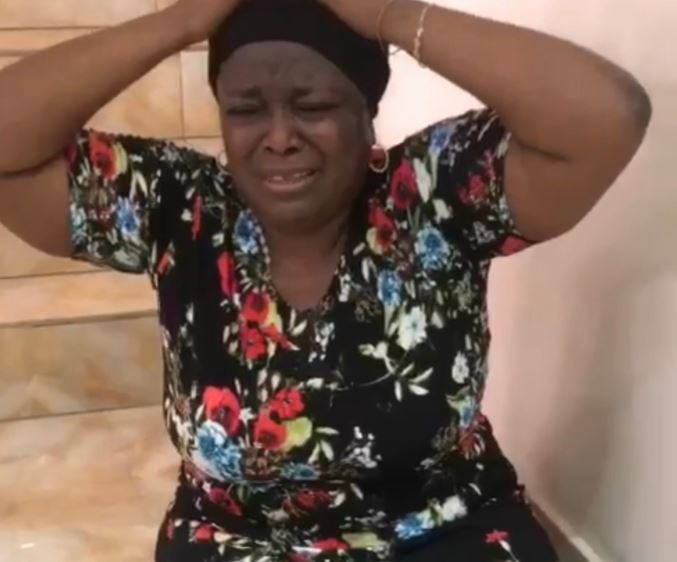 Those who summon the storm must never cringe from a storm cloud. But having beckoned the storm, Nora Johnson cringes from its ravage like a spaniel fleeing the gusts of a snowstorm.

A Sierra Leonean who came to Nigeria in search of employment years ago, Johnson was fortunate to have been employed in a company where she enjoyed several mouth-watering perks but her greed would be her greatest undoing. Now, all that she acquired illegally are being confiscated by the law one after the other.

Ms Johnson was accused by her former employers of inflating air ticket fares and over-invoicing on purchases of vehicles reportedly to the tune of over one billion naira (N1billion). Following an application on behalf of the Federal Government of Nigeria by the EFCC, she was charged to court, which led to the interim forfeiture of some properties and bank accounts on the order of Justice A.M. Liman on February 16, 2021.

However, on March 21, 2021, Ms Johnson and the other respondents: Babajide Aremu Johnson, Olabose Ibrahim Falobi, Steve Nnamdi Izebu, Steve Ibem and Bakoliza Limited went to court to suspend or stay execution on Justice Liman’sorder. They had sought the following: an order to discharge the interim order of forfeiture of assets, an order discharging the final forfeiture and any other orders as deemed fit by the court.

In his judgment after hearing J.O. Adeyemi Esq, Counsel for the Applicant/Respondent and V.C. Nwokafor Counsel for the 1st, 2nd and 6th Respondents/Applicants, Justice Allagoaordered that the motion of Ms Olumide and the other respondent’s dated March 12, 2021, be set aside.

The judgment, delivered on July 14, 2021, stated further: “That the order of Justice Liman stands in all its ramifications” and “That the Economic and Financial Crimes Commission (EFCC) is entitled to take possession of all that property subject of the Order of my Lord A.M. Liman on the 16th day of February 2021.”

Interestingly, Nigerians like an underdog and a sob story. It is understandable, therefore, the kind of public sympathy that has been whipped up by Nora Johnson who, in a viral video, was seen wailing and begging some people suspected to be EFCC officials not to dispossess her of the house.

Those who know the root of the story say the woman was being melodramatic by releasing the video and that she had employed every means to prevent the federal government from taking possession of her assets.

See the paperwork below: 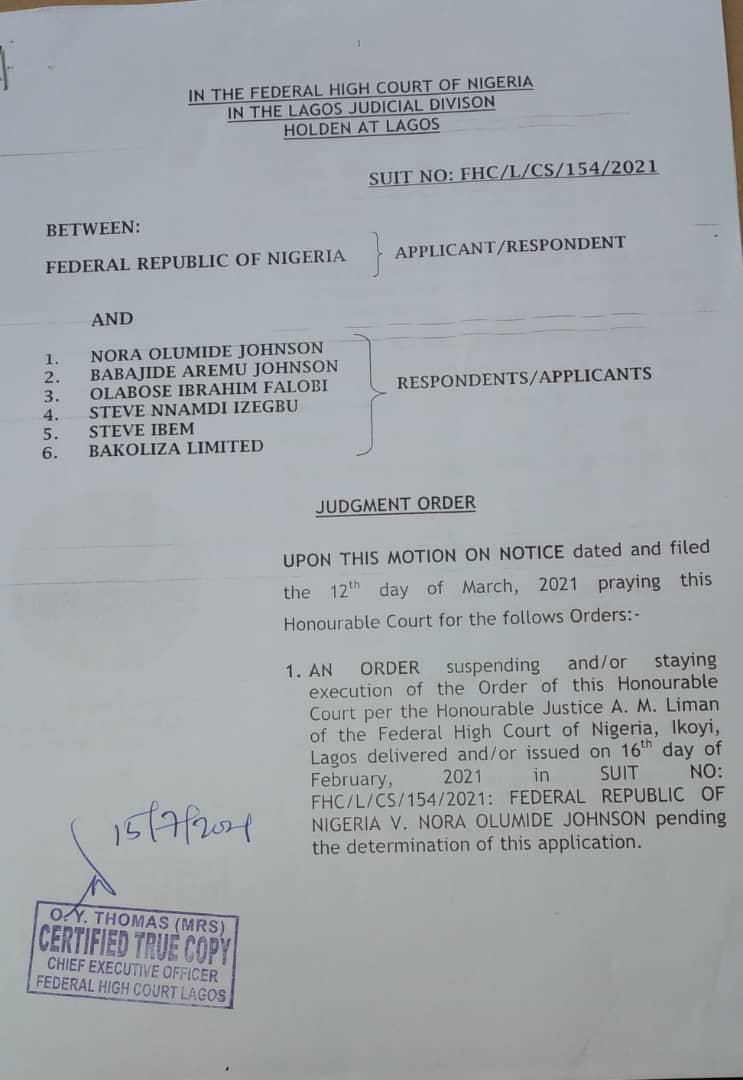 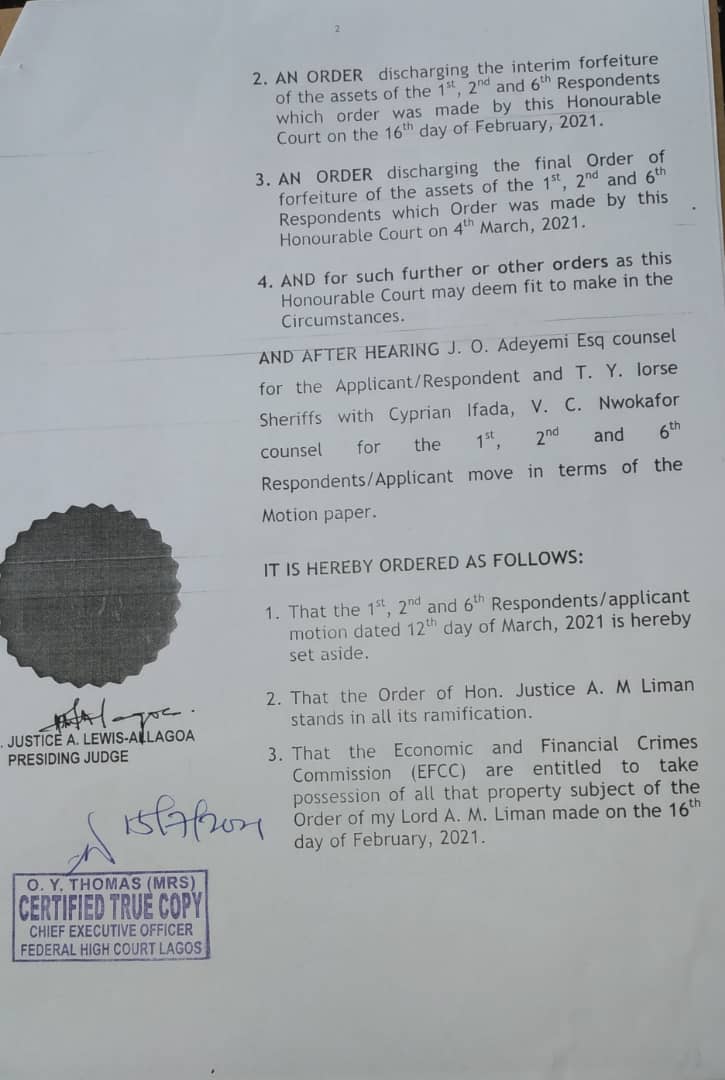 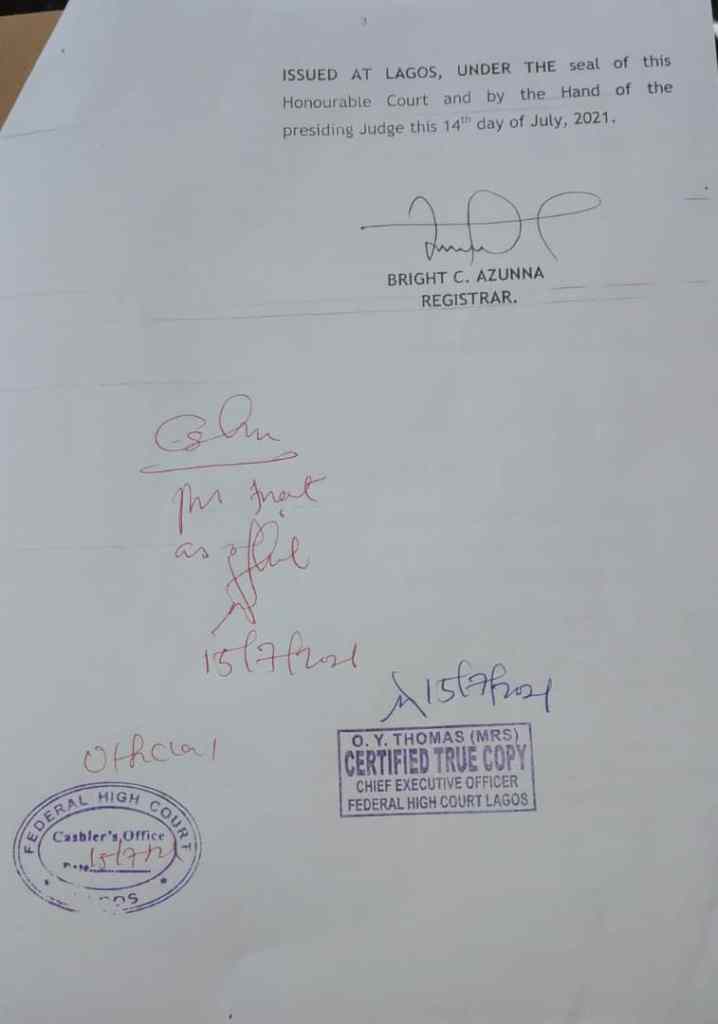 Civil Defence to crack down on illegal private security outfits