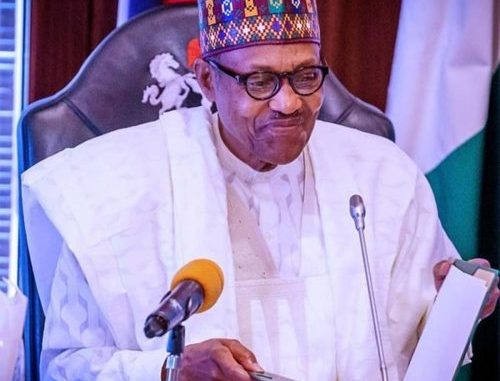 ABUJA—AS condemnation continues to trail the recent passage of the Electoral Act Amendment Bill, the National Association of Seadogs (Pyrates Confraternity) has called on President Muhammadu Buhari not to assent to the bill for the sustenance of democracy.

The NAS President, Mr Abiola Owoaje in statement yesterday, titled” Democracy And The National Assembly’s Perfidy” lampooned the federal lawmakers for seeking to tamper with the independence of the Independent National Electoral Commission(INEC).

Owoaje was of the opinion that the federal lawmakers should concentrate on how to make elections in the country better rather than taking steps to scuttle the credibility of the process.

According to him, “Nigeria’s elections have been known to be replete with manipulations occurring in the course of manual collation and transmission of results by road.

“Numerous incidents of forgery and falsification of manually collated results have been recorded in previous polls; a disturbing shortcoming which the electronic transmission of results aimed at eliminating before it was scuttled by lawmakers from the ruling party.

“The National Assembly by this singular act has stripped INEC of its powers to superintend over transparent elections. It has, in one fell swoop, unduly arrogated powers to itself and NCC to ambush INEC, rein it in, and stifle genuine efforts at improving the nation’s electoral fortunes.”

Owoaje, who drew attention to statements by INEC and Association of Licensed Telecom Operators of Nigeria (ALTON) that electronic transmission of election result is possible, told President Buhari to match his words of leaving a legacy of enduring electoral system with action.

He said, “It is both interesting and reassuring to note that, in the light of this latest dubious shenanigans by the legislative arm of government, INEC through its National Commissioner for Information and Voter Education, Mr Festus Okoye has once again, and for the umpteenth time, reiterated the electoral umpire’s preparedness for the deployment of electronic transmission of election results, after having tested the process in remote areas during the 2020 Edo governorship election. More recently, the Chairman of Association of Licensed Telecom Operators of Nigeria (ALTON), Mr Gbenga Adebayo also declared that telecom operators have the capacity to transmit election results electronically in all parts of the country. That the leadership of the National Assembly controlled by the ruling party will stick to its guns, even after this most recent repudiation of its anti-people stance by the electoral body and ALTON beggars belief.

“We call on members of the ruling party in the National Assembly to immediately rescind this retrogressive decision, and desist from giving the impression that it is averse to free, fair and credible elections. Failure to do this leaves us and fellow Nigerians with no other option than to implore President Muhammadu Buhari to live up to his oft-repeated pledge to bequeath the nation with credible and enduring elections and withhold his assent to the obnoxious bill.

“He should dissociate himself from the unpatriotic plan to further endanger democracy in Nigeria. The President has a glorious opportunity to walk his talk, and help to sustain democracy by placing national interest above base partisan considerations. Nigerians are watching!”