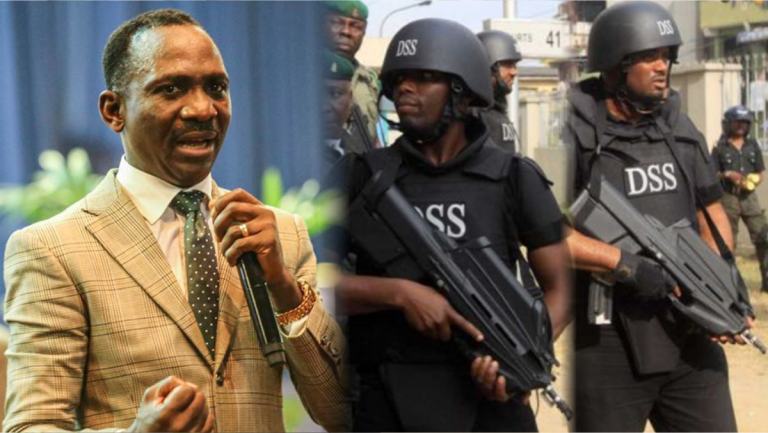 Five youths who were arrested by the DSS for wearing #BuhariMustGo T-shirts at Dunamis Gospel Church, Abuja, have sued the secret police and the Senior Pastor of the church, Paul Enenche.

Joining the first and fourth respondents – the DSS and Enenche – in the suits are the DSS Director-General, Yusuf Bichi; and the Attorney General of the Federation, Abubakar Malami (SAN) as second and third respondents respectively.

In separate suits, the applicants are seeking an order of the court restraining the DSS and other respondents in the suits from violating their fundamental right to freedom of religion, right to freedom of expression and the press as guaranteed under sections 35, 38, 39 and 42 of the constitution of the Federal Republic of Nigeria 1999 (as amended).

The five applicants want the court to protect their right to freedom from discrimination and right to personal liberty guaranteed under Articles 1, 2, 6, 8 and 9 of the African Charter on Human and People’s Rights (Ratification and Enforcement) Act (CAP. A9), Laws of the Federation of Nigeria, 2004.

The five #BuhariMustGo youths also want their immediate and unconditional release from the custody of the DSS.