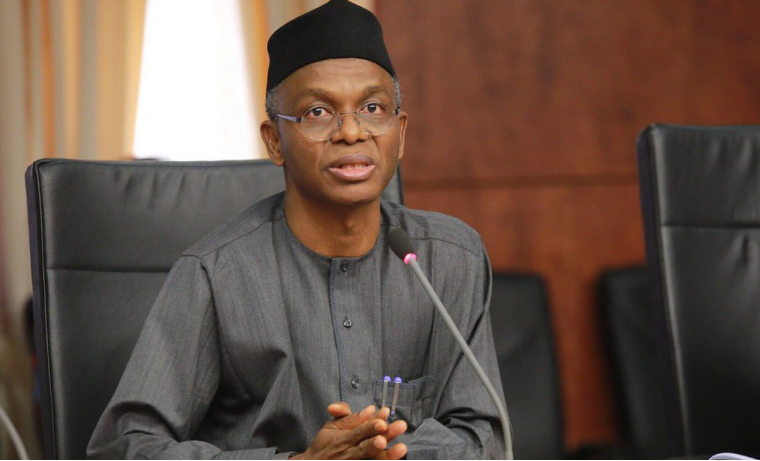 The Kaduna State Governor, Nasir El-Rufai has expressed happiness over the arrest of the leader of the Indigenous People of Biafra (IPOB), Nnamdi Kanu.

El-Rufai added that Kanu’s arrest should serve as a warning to other secessionist leaders undermining the security and sovereignty of Nigeria.

The Kaduna State Governor who spoke during an interview with BBC Pidgin listed two major reasons why he is happy about the arrest of Nnamdi Kanu.

According to him, “I was very happy (when Nnamdi Kanu was arrested) because, first he jumped bail, jeopardizing his sureties.

“Secondly, a person that challenges the sovereignty and the authority of a state and incites violence; he refers to his own country as a zoo.

“This should be a message to all these separatists challenging the authority of the Nigerian State to be very careful.”

TrackNews Online recalls the Attorney General of the Federation and Minister of Justice, Abubakar Malami (SAN) had on Tuesday announced the re-arrest and repatriation of Kanu by security operatives.

He noted that the feat was achieved based on a collaboration between Nigerian security operatives and their international colleagues.

The IPOB leader is presently in DSS custody pending when his trial will resume on July 26, 2021.

Meanwhile, Yoruba nation activist, Sunday Igboho Adeyemo, has backtracked from his earlier position, vowing to go on with the Yoruba Nation rally.

TrackNews Online reports that Igboho had announced the cancellation of the rally scheduled for Saturday after the Department of State Services (DSS) raided his residence in Ibadan on Wednesday.

Following the raid on Igboho’s residence, the DSS had declared the activist wanted, advising him to report to any security agency.

The Lagos State Police Command had also warned against the rally holding in the state.

The Police had warned Igboho to steer clear of Lagos, saying hoodlums were plotting to hijack the rally.

Speaking in a Facebook live broadcast through Olayomi Koiki, his media aide, Igboho said the rally would hold.

Related Topics:El-Rufai Excited About Arrest Of Nnamdi Kanu
Up Next