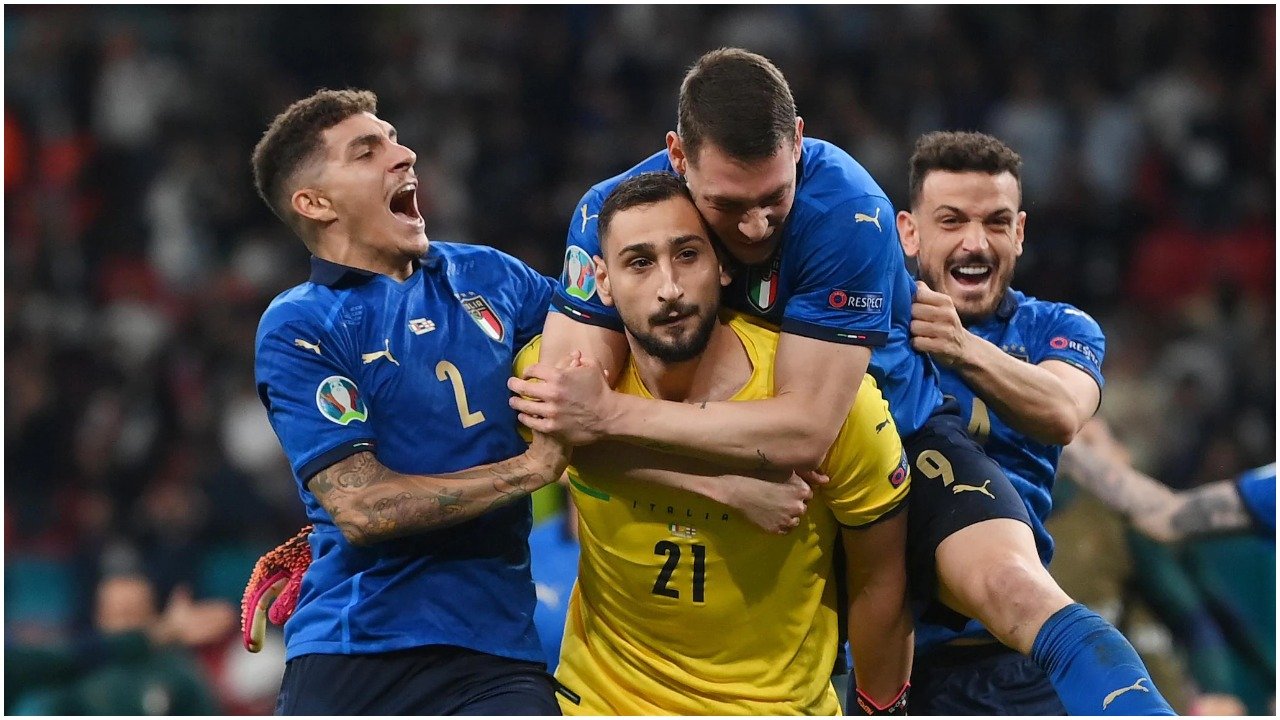 Italy goalkeeper, Gianluigi Donnarumma has revealed why he did not celebrate after saving Bukayo Saka’s penalty in their Euro 2020 final shootout win against England on Sunday night.

Italy and England had missed two spot-kicks, it fell on Saka to score the final, decisive penalty, but his effort was pawed away by Donnarumma to ensure the European Championships would be going to Rome, not home.

But rather than celebrating wildly when he sealed the win for Italy, Donnarumma quietly and calmly began walking off before being mobbed by his teammates.

Many fans believe his reaction was a sign of his ice-cold, casual behaviour, but now the 22-year-old shot-stopper has said that he simply didn’t realise the shootout was over.

Donnarumma assumed Italy still had to score one more penalty in order to lift European Championship, which was what happened in their semi-final shootout win against Spain when Chelsea’s Jorginho scored the match-winning spot-kick.

When asked about his non-celebration, Donnarumma told Sky Sport Italia: “I didn’t celebrate because I didn’t realise we had won!”

Related Topics:Euro 2020 final: Why I didn’t celebrate after saving Saka’s penalty – Gianluigi Donnarumma
Up Next