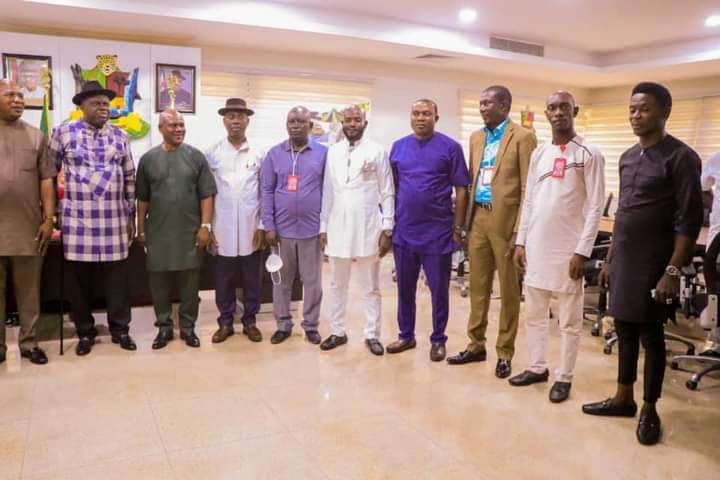 •••APC says defection does not affect the party

Ogunboss, who hails from Peremabiri in Southern Ijaw Local Government Area of the state, was a member of the All Progressives Congress (APC).

In a post on his official Facebook page, governor Diri stated that the defectors took the decision “out of their genuine convictions about the clear direction of our government of prosperity which is preaching peace, love, unity and reconciliation as well as bringing development to the state.

“I do formally welcome them back to their party and wish to assure them of full reintegration into the system.”

He further stated that, “I want to thank you for identifying with our government and believing in my leadership. Together, we can build a greater Bayelsa State.”

But in a swift response, the acting secretary of the Bayelsa State chapter of the APC, Alabo Martins, has said the defection of Paul Eris and others who defected with him does not affect the party, insisting that, “they are leaving because of selfish interests.”

In a chat with newsmen Martins said the Bayelsa APC is firm and united and would do better in future elections, with or without the recent defectors.

“As a party, the APC is victorious in nature. And we remain a strong, united party.”

“All the defectors are leaving because of selfish interests and not the interest of the masses. A lot of them will run back to APC soon.

“Their defection does not in any way affect the Bayelsa APC. We remain strong.”

Related Topics:APC says defection does not affect the party
Up Next

Why I Dumped PDP For APC – Matawalle Speaks Out