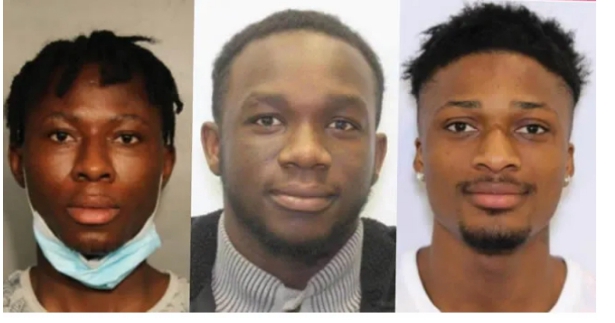 The Federal Bureau of Investigation (FBI) has disclosed that it busted an unemployment insurance fraud ring based in Maryland that targeted California and numerous other states with more than $2.6 million in claims.

The suspects allegedly used a Hyattsville, Maryland, apartment address to collect $1.4 million in unemployment benefits from California, Arizona, Maryland, and North Carolina, with $1.2 million of that coming from the scandal-plagued Employment Development Department in California, according to court records unsealed Wednesday morning in Sacramento.

More than 200 claims were filed with California’s EDD system listing a single address on 75th Avenue in Hyattsville, and EDD approved payments for 97 of the claims, court records say.

“According to an Internet search, this address appears to be an apartment in the Overland Gardens apartment complex, which advertises two- and three-bedroom units,” an affidavit filed by John C. Collins, a special agent for the U.S. Department of Labor, said.

“Based on the size of the apartment, the investigation has concluded that a high number of UI applications associated with this address is unreasonable, and thus an indicator of fraudulent activity.

But federal investigators began to take notice after EDD began to crack down on multiple claims from the same address, something that occurred just before California prosecutors revealed that EDD had become the target of a multi-billion dollar fraud by prison inmates, international scammers, and con artists taking advantage of the flood of COVID-19 funds being sent out during the pandemic.