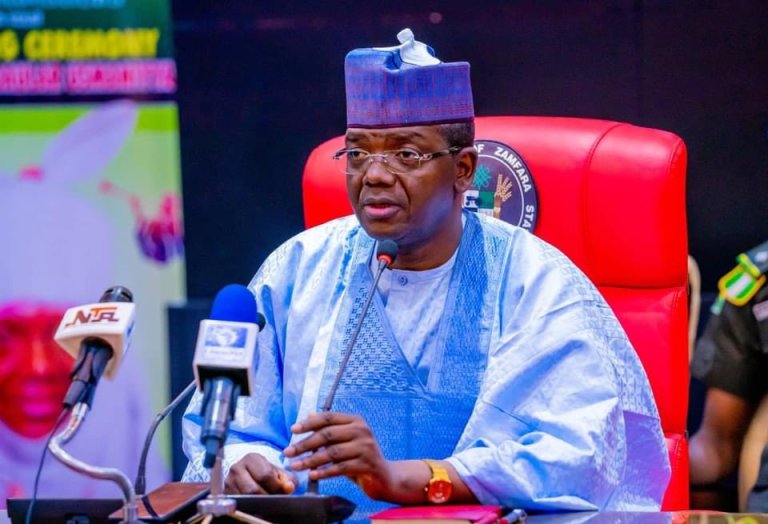 Former Governor of Zamfara State, Abdulaziz Yari, and Senator Kabir Marafa have both rejected Governor Bello Matawalle as the leader of All Progressives Congress (APC) in Zamfara State.

TrackNews Online reports that Governor Matawalle had officially dumped the Peoples Democratic Party (PDP) for the APC on Tuesday.

Speaking while welcoming the Zamfara governor, the Chairman of the National caretaker committee of the APC, Mala Mai Buni, said Matawalle would remain the leader of the party, while the party exco in the state has been dissolved.

But speaking with BBC Hausa after a meeting with Governor Nasir El-Rufai in Kaduna state, Yari and Marafa said they will not agree with someone new coming to join the party as their leader in just one day.

According to the duo, they had earlier met with six governors from the APC to discuss the conditions upon which Matawalle would be accepted into the party.

“It is one thing we do not agree with, where Governor Mai Mala said [Matawalle is the leader of the APC] because he is not in our discussions with six governors,” they said.

“What we agreed on was to go and launch Bello first and return to negotiations.

“But when we went there, there was a controversy and we found that there was a plan, some said, the party was to be disbanded.

“The party cannot be destroyed because no one has the power to destroy it.”

Senator Marafadecribed the appointment of Governor Matawalle as the leader of the APC in Zamfara as a scam.

He said some APC leaders sitting in Abuja can not just appoint leaders in Zamfara State, adding that Mr Matawalle’s entry into the party will escalate the party crisis.