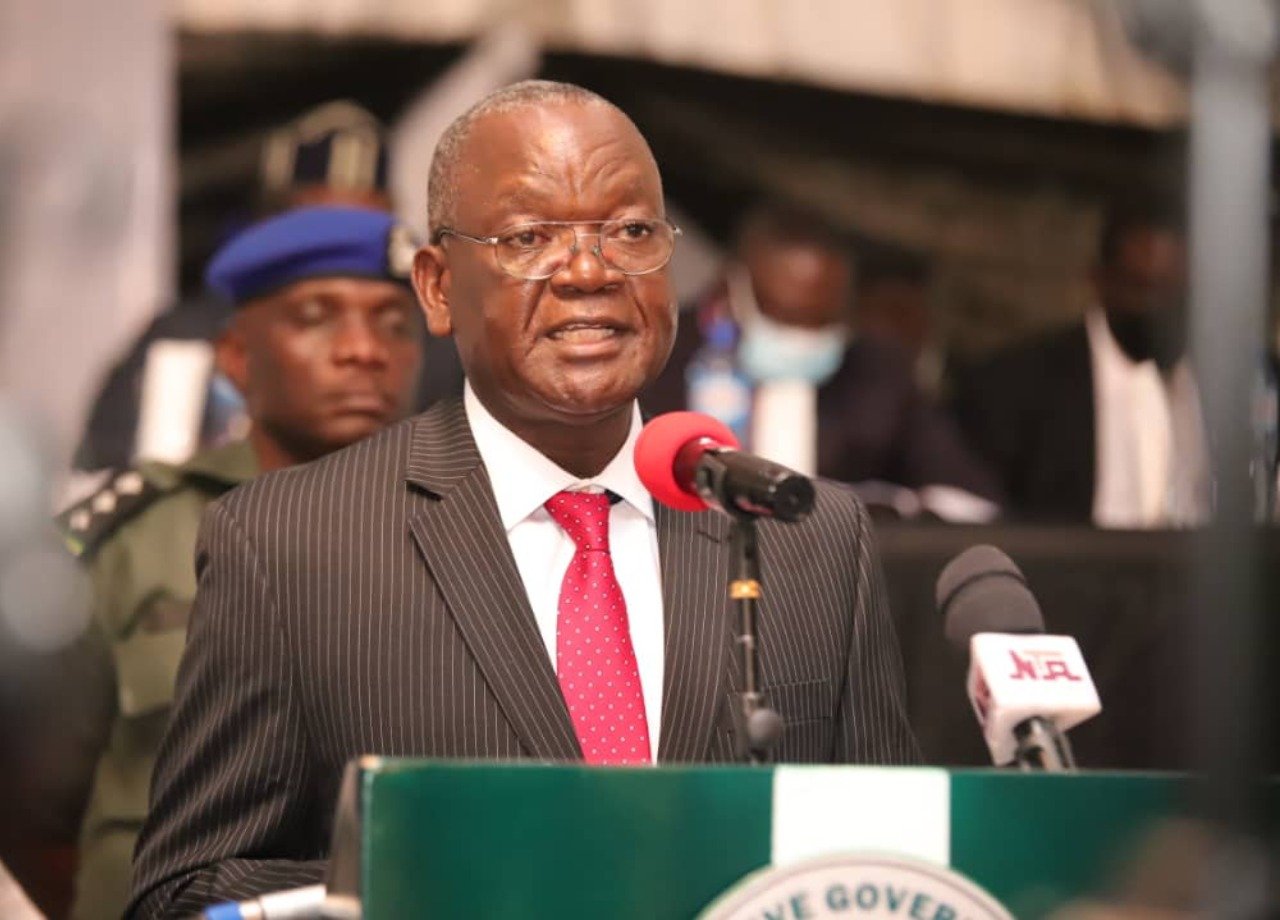 Governor Samuel Ortom of Benue State has felicitated with the Och’ Idoma, His Royal Majesty, Agabaidu Elias Ekoyi Obekpa on his appointment as the new Chancellor, National Open University of Nigeria, NOUN.

Recall that President Muhammadu Buhari had on Thursday, approved the appointment of Och’ Idoma, others as chancellors of universities in the country.

Governor Ortom’s congratulatory message was contained in a statement issued and made available to DAILY POST on Friday by his Chief Press Secretary, Terver Akase.

According to the statement, Ortom who expressed optimism that more federal jobs would come to the state subsequently thanked President Buhari over the appointment of the Idoma paramount ruler.

The statement reads, “Governor Samuel Ortom, on behalf of his family, the Government and people of Benue State, congratulates the Och’ Idoma, His Royal Majesty, Agabaidu Elias Ekoyi Obekpa on his appointment by President Muhammadu Buhari as Chancellor, National Open University of Nigeria, NOUN.

“The Governor says the appointment of the Och’ Idoma as the University Chancellor is a well-deserved honour. He is optimistic that the wealth of experience of the paramount ruler of Idoma nation in several previous capacities at the state and national levels will be of tremendous benefit to the University.

“He appreciates President Buhari for the appointment of the Och’Idoma and expresses the hope that more Benue sons and daughters will be appointed into key positions at the federal level.

“Governor Ortom wishes His Royal Majesty, the Och’Idoma a successful tenure as the University Chancellor and prays God to continue to bless him with good health and wisdom”.

Related Topics:Gov Ortom felicitates Och’Idoma on appointment as varsity chancellor
Up Next