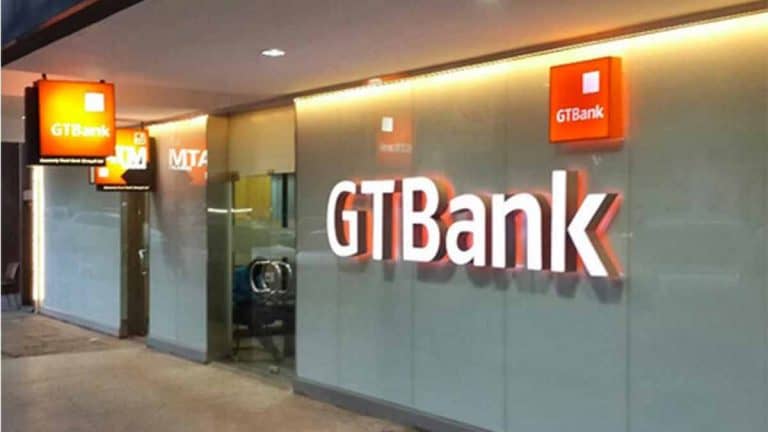 Guaranty Trust Bank, one of Nigeria’s first generation banks which prides itself in making banking easy has come under fire this year for actually making banking difficult for its customers.

On April 29, Mayowa, 32, was distraught when he couldn’t pay for a 19km Uber ride he had taken to visit a friend in Park View Estate, a well known residential community in the highbrow area of Ikoyi, Lagos. His orange branded Guaranty Trust Bank (GTB) app had not launched as he tried severally to make a transfer from his current account to the empty savings account linked to the debit card on his Uber app.

Thinking his MTN data service was the problem, he tried punching his bank’s *737# short code to make the transfer but he got an unresponsive code message.

He tried again, and again and again without success. Frustrated, he made a last attempt accessing his account through GTB’s mobile website, but it took forever to load. To make matters worse, Mayowa’s buddy was away from home, at a dragging management meeting and wouldn’t pick up his frantic calls.

“Ten minutes had passed by now. The Uber driver was looking at me funny. It was embarrassing. I had to plead with him to have some patience,” Mayowa said.

Mayowa is one among many customers who have been left embarrassed due to frequent downtimes on the bank’s USSD or mobile banking services in the first half of 2021.

@gtbank the app has not been working since yesterday .fix it now pls

What is going on @gtbank_help. I am fed up with you guys @gtbank. Everything is stressful.

I am starting to tire of your channels pic.twitter.com/cmLjiiaiEL

@gtbank why is your bank frustrating customers? I have not been able to access my GT Mobile App for days now. And when money is sent to my account I don’t receive alert be it SMS or Email alert.

I recharged 1k few days ago I was debited, but my phone wasn’t credited.

According to TechCabal, there have been a 54% spike in customer complaints on Twitter about the mobile app and USSD services between the first half of 2020 and 2021.

A source in the bank who does not want her name mentioned as she is not authorized to speak on the issue disclosed that a great number of complaints have been about the USSD platform, mobile application, unexplainable SMS charges and lately, One Time Password (OTP) issues.

“These are the recurring problems and complaints. Just ask any GTB customer. They will share some bitter experiences,” she said.

TechCabal gathered that Gtbank’s IT division has suffered a spike in attrition within the last six months. It has resulted in technical gaps and work overload for current employees.

Sources revealed that the banks refusal to promote its staff who felt they were deserving triggered the first wave of exits into the labour market which had attractive offers for their talent.

The shortage in talent began compounding into increased workload and mounting pressure for remaining IT employees.

“I was handling one application then it doubled as a result,” Stanley* said.

“There’s a particular team where three members left in the space of one month. Now, four people’s responsibilities are being juggled by one person,” another employee stated

“The pressure is crazy. One person is doing three people’s jobs all in the name of efficiency. That’s why our cost to income ratio will always be the lowest in the industry,” Michael*, an ex-employee exclaimed.

A source disclosed that the frequent loss of experienced workers without commesnsurate hiring resulted in gaps in technical capabilities.

He said: “The application I am managing was handled by two people, but my partner has gone to join another team. If I’m leaving now, a new person can’t cram and get a good grip of everything in my handover note within 3 weeks. We simply need more people on the team!”

This gap is often reflected when there is a service downtime towards the end of the month caused by server overload. During this period, transaction volume increases due to salary payments and other month-end payments, leading to more pressure on existing resources.

According to sources, towards the end of the month, experienced hands would usually be proactive in tracking certain metrics and moving different applications across servers to ensure there’s space for the surge.

In a bid to resolve at least part of the problems, Gtbank on June 2nd, 2021 promoted 900 staff. It offered some consolation to many who had been expecting for a while.

However, a software developer who was promoted made it clear that this promotion won’t serve as a solution.

“We’re still understaffed. The App development team is almost half of what it was at the beginning of the year. They haven’t replaced people. Some people even got promoted but left because they don’t want the stress again,” he said.

Naija News reports that the problem with GTBank’s mobile app and USSD is coming at a time Nigerians are being asked to pay a flat fee of N6.98 for each transaction on the Unstructured Supplementary Service Data (USSD) service.

A joint statement released by the Central Bank of Nigeria (CBN) and the Nigerian Communications Commission (NCC) had said the Mobile Network Operators (MNOs) and Deposit Money Banks (DMBs) agreed to the new charge.

The statement noted that the new charges replace the current billing structure, adding that the new fee takes effect from March 16, 2021.

It added that the Minister of Communications and Digital Economy, Isa Pantami chaired a meeting of key stakeholders to discuss an amicable resolution in the interest of the general public.

The statement said it was resolved that effective March 16, USSD services for financial transactions conducted at DMBs and all CBN – licensed institutions will be charged at a flat fee of N6.98 per transaction.

It added that the impending suspension of banks from the USSD channel is hereby vacated.

*Name changed to protect their identity.