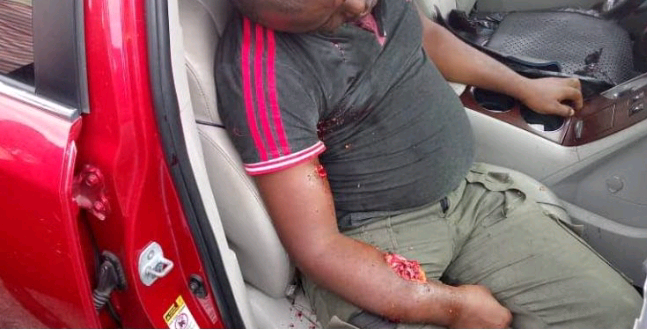 Unknown gunmen on Sunday killed a driver and mobile police escort attached to a prominent All Progressives Congress (APC) Chieftain Chief Michael Johnny, at the popular Airport Junction in the heart of Warri South Local Government Area of Delta state.

Findings revealed that the deceased mobile policeman and driver identified as Inspector Samuel Arigbanmiga and Stephen Okhea, respectively, were on official duty to escort their boss’s wife to church when the incident occurred. 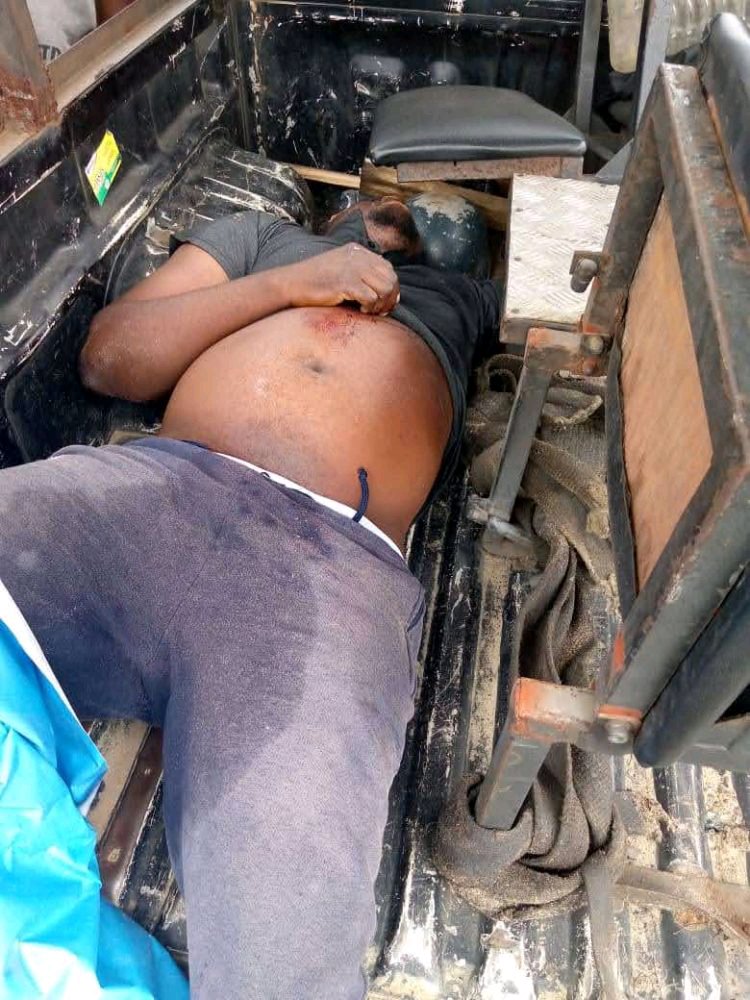 It was reported that they had dropped the Madam off at the church and were on their way to run another errand when they were accosted at about 11;12am by their assailants who trailed after them in a yellow Lexus Jeep.

They deceased police and driver said to have being caught napping at the point their vehicle was accosted were reportedly shot at a close range on the head and stomach. They both died on the spot.

Our Correspondent who visited the scene of crime at about 12:05pm, saw the Divisional Police Officer (DPO), Enerhen Division, CSP Mukhtari Bello, leading his men to the conduct preliminary investigations on the incident.

While the corpses were immediately taken by the police to be deposited at the mortuary of the Warri Central hospital, the red Toyota Venza jeep, with registration number; BWR – 170AX(Abuja) driven by the victims, the service rifle of the deceased mobile policeman, phones and other items recovered at the scene are currently in custody of the police.

Confirming the incident, the Ag. Police Public Relations Officer (PPRO), DSP Edafe Bright, said the police have commenced investigations into the case, adding no stone would be left unturned in bringing the perpetrators of the dastardly act to justice.

While on telephone conversation yesterday, with the APC chieftain in Delta state, Chief Micheal Johnny, described the act as a clear case of assassination and attempt on the life of his family members and urged the police to carry out a thorough investigations into the case so as to unravel those behind the crime.