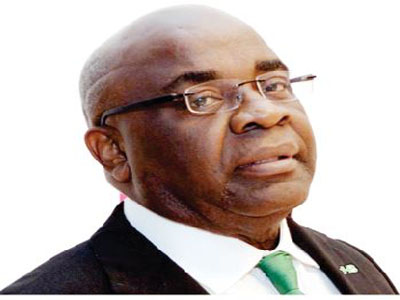 Barely one week after the Federal Inland Revenue Service, FIRS, accused Multichoice Nigeria of not paying taxes, particularly the Value Added Tax, VAT, since its inception, bank documents have exposed what intelligence sources suspected to be large scale money laundering in billions of naira.

The Chairman of FIRS, Mohammad Nami, had accused Multichoice of tax evasion to the tune of N1.8 trillion. Specifically, he claimed that MultiChoice, operators of DSTV and GOTv, had not paid VAT since inception. The company launched its digital satellite broadcasting service in Nigeria in 1993 and followed it up with DSTV service in 1995.

The FIRS chair added that he has appointed as agents, deposit money banks where MultiChoice Nigeria Limited (MCN) and MultiChoice Africa (MCA) maintain accounts to recover its taxes. Nami narrated how MultiChoice had frustrated every move to verify and audit its subscriber base to enable the tax collector establish how much tax was due to the Nigerian government.

The revelation has caused a stir in corporate Nigeria and among top government circles including senior anti-corruption officials.

However, bank documents obtained by our reporters suggest that FIRS may not be correct in its claim that Multichoice had never paid VAT. The bank documents showed when the satellite company paid both VAT and company income tax to the government. What was not clear to our team of investigative reporters is whether the taxes were under-valued by MultiChoice.

But the same bank documents have revealed huge money transfers from the account of Multichoice at FCMB (Account No. 147949027 located at 1381 Tiamiyu Savage Street, Victoria Island, Lagos and other accounts in other banks.

In the 2019 bank documents, huge sums amounting to over N8.5 billion were moved from Multichoice accounts to companies which checks at Corporate Affairs Commission, CAC, revealed have strong links with Mr. Adewunmi Adedeji Ogunsanya, the Chairman of Multichoice Nigeria. The companies are Trocadero Properties Ltd and Infotrain Communications.

While Trocadero was said to belong to Ogunsanya, Infotrain was registered in February 2014 by one Ms Judith Nkoli Ononye said to have a relationship with the chairman. Other companies sighted in the bank documents and linked to movement of huge sums of money were Parkwood Nigeria Ltd, Eastland General Services and Red Pepper Pictures.

Top anti-crime security sources said they were puzzled by the huge sums moved from MultiChoice and the frequency with which they were moved into accounts that have no direct bearing with Multichoice.

Anti-crime agents said they were shocked at the manner of movement of the huge sums. Following the alarm raised by FIRS and its effort to use banks to retrieve accumulated taxes from MultiChoice, there has been a covert operation to determine the actual number of subscribers to both DSTV and Gotv both of which should be remitting VAT to the Nigerian government.

A top security source corroborated what Nami said, stressing that there has been conflicting figures on the actual number of DSTV subscribers in Nigeria. The source said knowing the accurate figure on subscribers volume will help determine actual amount of tax to be remitted to the federal government

My Only Regret As A Billionaire – Folorunsho Olakija