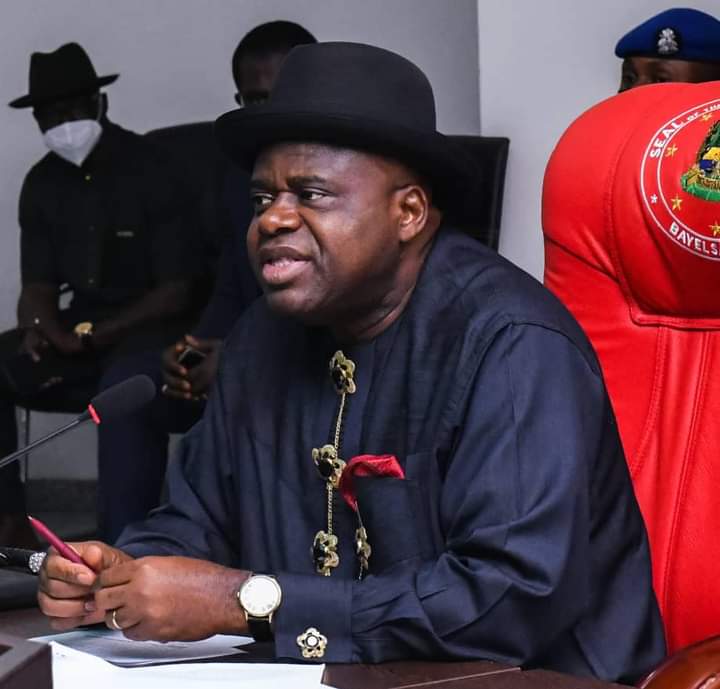 Governor Douye Diri of Bayelsa State has discarded the proposition by a former deputy governor of Bayelsa State, Rt. Hon. Peremobowei Ebebi that he should decamp to the All Progressives Congress (APC).

Speaking through the Coordinator of the Bayelsa State New Media Team, Kola Oredipe, the governor declared that he is a strong and committed leader of the Peoples Democratic Party (PDP), and there is no reason for him to ditch the party now or in the near future.

He thanked the APC for appreciating the performance of the state government in critical areas and pointed out that the proposition for the him to leave the PDP is unwelcome, provoking and unfortunate.

According to the statement, “It will be a political suicide to leave the only party that exists in Bayelsa State, to join a party that has no root, no structure”.

“Ebebi, must be a joker. We know him for many acts of theatrics and at this time too, it is not different. He has confessed that the Governor is not doing badly meaning that the PDP is on the right track, why then go to join a party that has taken Nigeria many years back?

The statement adds that a huge number of APC Chieftains have joined the PDP, stressing that the former deputy governor lacks electoral value.

“Where was Ebebi all these months when many chieftains dumped his APC to return home in PDP? He knows APC ranks have been heavily depleted and that is why he is calling on them to return. It is too late. We have accommodated them in the PDP.

“We know Ebebi is not a fulfilled man where he is. It is him that will come back to the PDP. For now, he has no electoral values in his community, Aleibiri in Ekeremor Local Government Area.

“This much came out clear in the Bayelsa West Senatorial election he contested late last year where he lost woefully. My conclusion on his comment is that he must be looking for relevance in his new party.”

“The New Media boss also stated that the people of his constituency in Ekeremor Local Government Area, led by Hon. Tari Porri/recently passed a vote of confidence in the governor, because of his developmental strides in the area.

He argued that the much level of acceptability must be giving Ebebi sleepless nights.

Ebebi, during a stakeholders meeting had called on the Governor of Bayelsa State, Senator Douye Diri to dump the PDP for the APC.