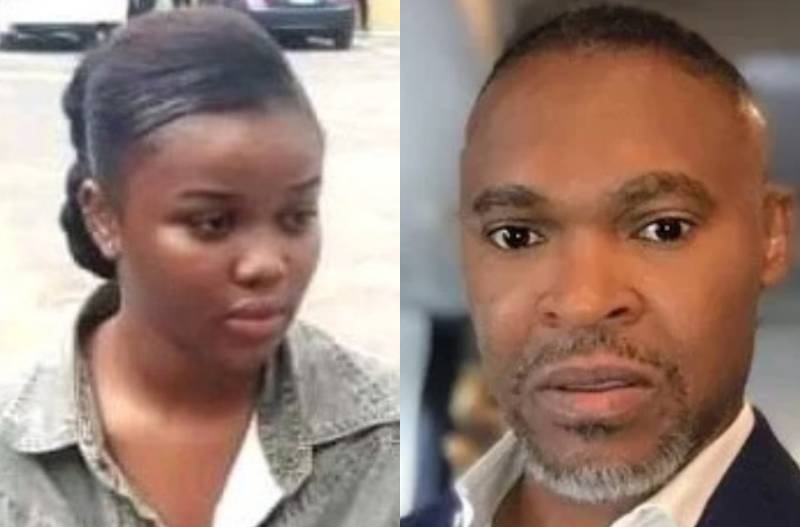 The principal suspect in the murder of Michael Usifo Ataga, Chidinma Ojukwu Adaora has made new confession during an interview with Crime Fighters. Recall that the police reported that the suspect and the deceased checked into a Short-let apartment in Lekki on Sunday.

They were both together in the apartment until Chidinma departed on Tuesday. The workers evacuating trash bins were the ones who found the lifeless body of the man on the floor after going missing for many days.

The Police were able to track the suspect to her home. During her first interrogation, Chidinma confessed that she was the one who got the apartment but the deceased paid for it. She said on Monday, they were having fun drinking and smoking together before the incident.

On Tuesday, she alleged that the man tried to make advances to her but she was tired so, she turned him down. However, Chidinma claimed the man allegedly became violent and forced himself on her. She said she was still upset because of what he did earlier. So, when he came up to her again, it turned out very ugly. She confessed to stabbing the man twice in the neck with a knife she got in the kitchen.

Chidinma has now made a new contradicting confession about what happened that day. In her new interview with Crime Fighters, she said she was not the one who killed the deceased.

She started by saying that growing up was a little bit difficult for her financially and emotionally. She said she was adopted when she was child. Narrating her relationship with the deceased, Chidinma said her friend introduced them to each other.

On the fateful day, Chidinma said the deceased gave her his ATM Card to go and get them something to eat and some drugs also. She said while she was leaving, the deceased stood up to lock the door from behind.

When she got back, she knocked the door but there was no answer. So, she pushed the door but when she entered, she saw their duvet on the floor, the pillow and the couch were also facing the door and the bed was stained with blood already.

“The floor where he was, was bloody and then music was on. The room was already disarranged like someone broke in. Then I saw him on the floor. I didn’t know what to do. I took my things with his things and left. I was just, I was afraid they would have me arrested for doing it because I and him were the only ones in the room.”

“I was packing my things to leave, then I noticed that my cloth was stained. So, I changed to another. I took the bag that contained his ID, Document and bank statements. My bag was already on the floor. I saw my bag on the floor and the stuff he was with was on the TV set.”

“That was where the stuff I took was on. So, I just packed them and just put them into the nylon and left. The following week, I was home then I went out to withdraw some money from the ATM I was with. I withdraw N200k”, Chidinma says.

She said she withdrew the money because the deceased had told her that he would give her the N200K. Chidinma also said she did not have up to 5 million naira inside her account. She said she only had about N400k in her account which was the money she got after selling the Laptop that the deceased gave to her.

She said she only took the blame because she felt guilty. She said she confronted the security man whether anyone broke into the apartment when she left but the man told him that it was only the two of them.

Chidinma said people would not believe her story, so she just took the blame on herself. She said no one is influencing her statement because she had been alone without speaking to her relation or anybody since her arrest.

Advertisement
Related Topics:“I Did Not Kill HimSomeone Broke Into The Apartment After I Left”
Up Next