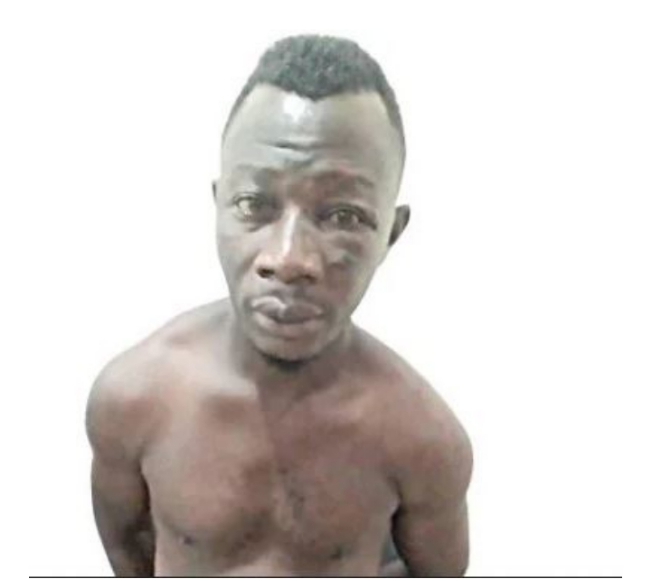 The man who killed his own wife by beating her, has opened up about the incident, expressing deep regrets about it.

John Christopher, the thirty-eight-year-old man who was arrested by the Edo State Police Command for allegedly killing his wife, tells ADEYINKA ADEDIPE why he regrets his action

What do you do for a living?

I am a private waste manager. I am a driver. I have a truck I use for refuse collection. I am not registered with the Edo State Government but I used to work under a boss who is registered. But when the residents got to know me in the business, they decided to patronise me. I am Urhobo, from Delta State, but I was born and brought up in Edo.

What is your level of education?

My education stopped at the secondary school level. I could not go further because I lost my father when I was in Primary 5 in 1995.

How did your wife die?

On that day, I only whipped her with my belt and I had no intention of killing my lovely wife. As I was beating her, she ran out of the room screaming and my first son came to tell me that her mother was crying outside and that he didn’t know why she was crying. I told my son I only used the belt on her. So, we both went outside and we saw her lying on the floor. I thought she was pretending so I hit her with my leg and told her to get up and follow me inside. She did not respond and I went inside with my son in the hope that she would join us later. After my son and I went inside, I later discovered that some people came to take her to the hospital and I don’t know those who did that. They later returned and said she was dead. So, I decided to sneak out of the house because of the fear of being lynched. I was caught in the process and received some beating before the vigilantes took me away.

You were said to have beaten her because she refused to give you N2000. Why did you do that?

The reason I beat her was not because she did not give me the money. I lost my temper and started beating her because she said I was a useless man. I could not take the insult. She questioned the reason I should demand money from her to repair the faulty television set, saying it was my duty to provide the money to repair the television. So, I got annoyed, told her to keep quiet and hit her with my belt.

Where did you plan to escape after you realised you had killed your wife?

I wanted to run away to avoid being attacked by the people in my neighbourhood. I was not actually running away but only trying to run to the police station to report myself.

How were you arrested?

The people in my neighborhood handed me over to the police. That was after they had beaten me up.

What kind of future do you foresee for your children?

Despite my predicament, I still hope for a good future for my children. If I am able to come out of this problem, I will take proper care of my three children and ensure they become good people in future. I will also ensure they have quality education. I will do my best for them. Their mother’s death was not my intention. I didn’t mean to kill her.

Why do you usually beat up your wife?

The major problem I have is I am prone to anger. I beat up my wife sometimes when issues arose at home. I got angry quickly and before I knew it, I raised my hands against her.

Have you ever reported any of your disagreements to her family?

I have done that several times, but the only thing my wife’s family told me was not to lay my hands on her and that I should report her to them whenever she offended me. But when I took the matter to her family, her brothers threatened to beat me up.

If you had the opportunity to change things, would you act differently?

I would be more polite in my approach. I deeply regret my actions. I would have taken a different approach to solving the matter. I am very sad and I regret my action because I never intended to kill her. It was a mistake. But I was not drunk that night contrary to the reports in the media.

What can others prone to anger learn from your action?

Related Topics:Didn't Mean To Kill Her – ChristopherEdo Waste ManagerI Only Whipped My Wife With Belt
Up Next