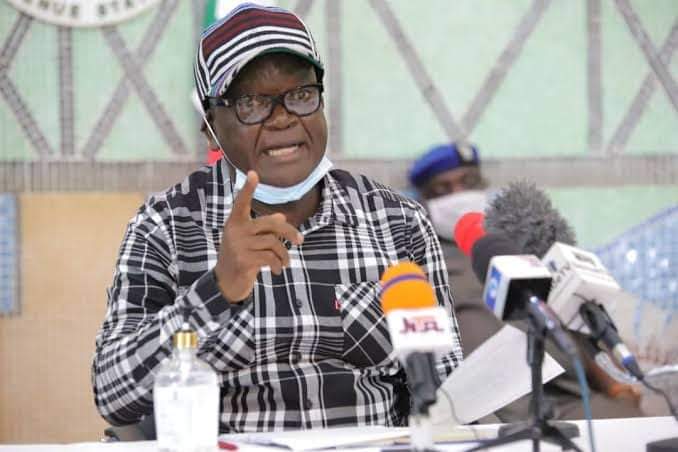 The Benue State Governor, Samuel Ortom, has for the umpteenth time accused the Federal government of paying lip service in its fight against insecurity,
Governor Ortom, who stated this In Markudi while receiving the Doctors without borders mission team maintained that the federal government has the capacity to arrest the killer herdsmen but have chosen to look the other way to fulfil their clear agenda of ethnic cleansing.

The Benue State Chief Executive insists that he will rather die than surrender his land to the Fulani’s who have made over a million homeless in his State.

Also Read: No going back on Benue State policy on ranching – Governor Ortom
The spate of insecurity has also led to increased Internal displacement which is now a common place in most parts of the nation’s food basket as statistics continue to swell on what seems to be a daily basis with many more communities sacked from their ancestral home by the persistent attacks with no hope in sight for their safe return home.

It is against this troubling background that the State Governor Samuel Ortom while receiving the doctors without borders delegation vented his frustration over the worrisome trend.

For most of the displaced people what seemed a temporal measure is now looking more permanent than returning back to their original base generating concern.

Related Topics:"I Will Rather Die Than Surrender An Inch Of Benue Land To Fulani" - Ortom
Up Next