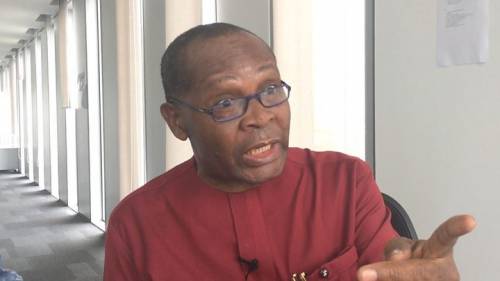 A chieftain of the All Progressives Congress Chief (APC), Joe Igbokwe has defended the clampdown by the Federal Government on secessionists in the country.

In an interview with BBC Pidgin, Igbokwe noted that the proscribed members of the Indigenous People of Biafra (IPOB) and Yoruba Nation agitators are calling for war through their violent agitations.

He also explained why the federal government has not extended the coordinated efforts towards the arrest of IPOB leader, Nnamdi Kanu to bandits and kidnappers.

Igbokwe stated that bandits were simply into kidnapping business and might not even be Nigerians while calls for secession are a passage to war.

He said, “That is the argument of the weak human beings, you want to compare Sambisa Forest to the South-East that is smaller than Kogi State. Bandits come to kidnap for money, you pay them and they release you, that is their business, those people may not even be Nigerians. It is not war, it is not secession. In fact, in the Supreme Court of Nigeria when the issue of secession came up, the Supreme Court will not entertain it; we don’t discuss it.

“You don’t talk about it, tribes must die for you to build a nation? It is unheard of, we have made mistakes in the past, we don’t want to make them again. It is a delicate, complicated matter. Almost 400 young men lost their lives in two months.”

Speaking on why he rejoiced at the arrest and extradition of Kanu, Igbokwe said the IPOB leader called for his killing.

He said, “Kanu said, on Radio Biafra, that if they see me, his boys, they should behead me and kill all my children, destroy my home and I played it down but I put my life in the hands of God and that of my family because I was asking myself, I was like has it gotten to this, that you cannot hear voices that are not saying no, we can’t go this way.

”I’m older than him, I saw the civil war, he didn’t see the civil war. I know what we went through, I couldn’t go to school during the civil war, I was in Primary 5 when the war started in 1967 and after the war, I started again from Primary 5 and I understand what played out, the casualties, the pain, the tears, the losses, my father lost his business and we said, do we have to go through this way again?

“It could have been worse, many people died. I am not celebrating death; I’m just thanking God that at least I may be a little bit free… Again, I’m looking at the big picture too; do we have to go this way again?”

Related Topics:Igbokwe Supports Clampdown On IPOBYoruba Nation Agitators
Up Next