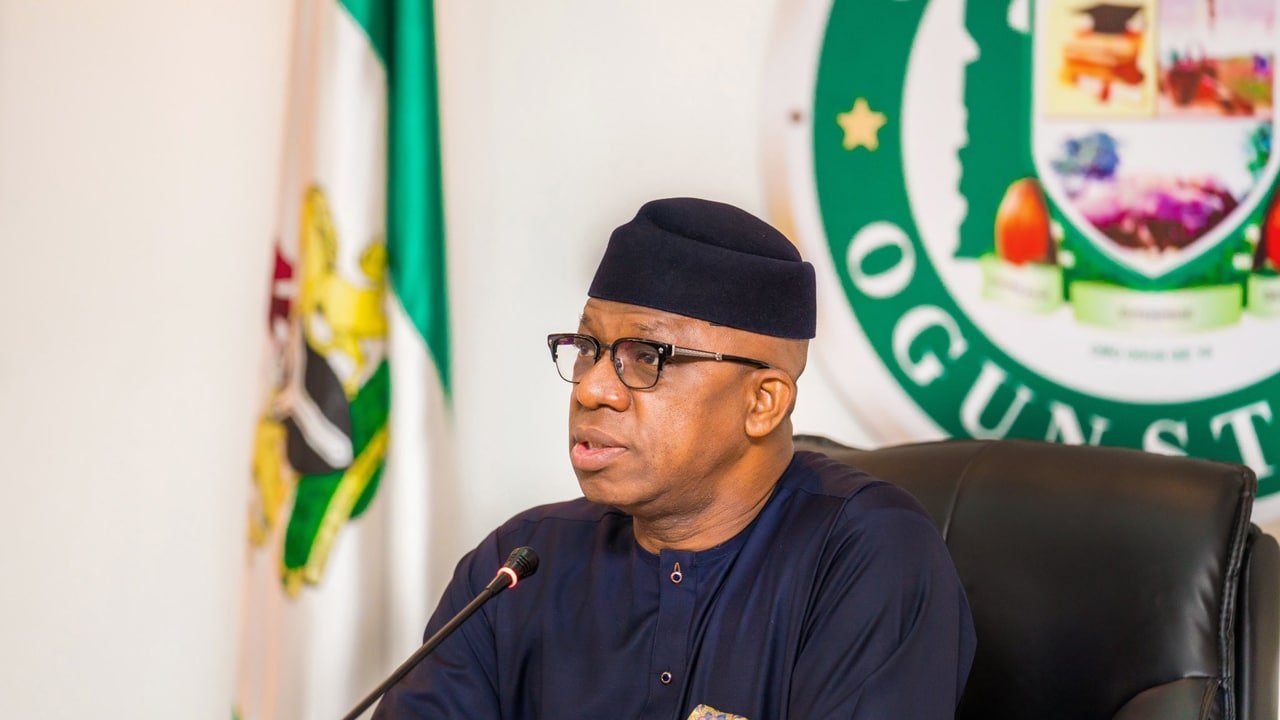 A leader of the Peoples Democratic Party (PDP) has slammed, Olumide Jones, Governor Dapo Abiodun for saying the All Progressives Congress (APC) is the only political party in Ogun State.

Jones said it makes no sense for a leader like Abiodun to make such a comment in a democratic system.

TrackNews Online reports that Abiodun has repeatedly gloated that there are no other political ui Hiparties in Ogun State.

As the governor tours the 20 local governments in the State ahead of the July 24 local council polls, he has continued to boast that no other political parties could paste posters because none of them existed.

Reacting in an interview with TrackNews Online in Abeokuta Friday, Jones said the Governor should be ashamed of making such an undemocratic statement.

The PDP leader slammed Abiodun, saying his statement shows the extent of marginalisation in Ogun.

Jones accused the Governor of supporting what he called ‘an agenda to suffocate other political parties, adding that such will be outrightly rebuffed.

His words, “It doesn’t make sense for a governor to say there is only one party in his state. A leader shouldn’t talk like that. It shows the extent of marginalisation in the state. He is so convinced that other parties are being marginalized for him to have the effrontery to say that.

“He may not be the one that is suffocating other political parties, but obviously he is a supporter of the agenda and that is what gave him the courage to say that. As a leader and a Governor who preaches democracy, he should be ashamed to come out and say that Ogun is now a one-party state when you know full well that there are other registered parties in the state”.

While responding to the gale of defection rocking the PDP, Jones noted that the defectors are either battling with a case with the Economic and Financial Crimes Commission (EFCC) case and needed the ruling party for protection or they have issues with their businesses.

“Look at all the big players that have crossed, they all have EFCC cases and they felt they needed the protection of the APC,” he stated.

Related Topics:It’s senseless to say only APC exists in Ogun – PDP chieftain slams Abiodun
Up Next