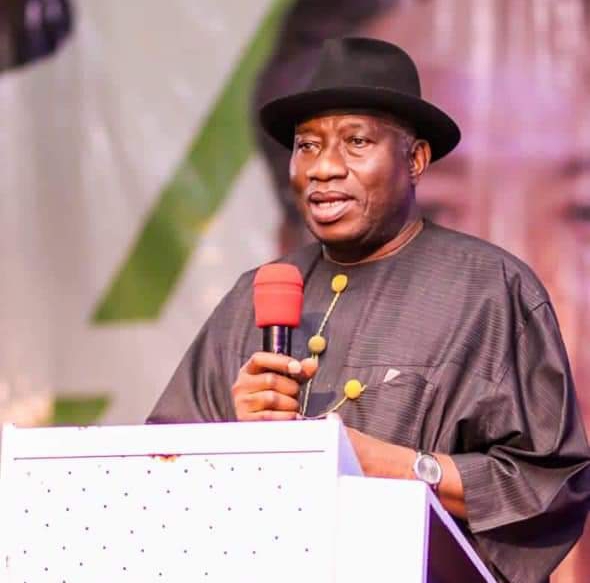 The former Nigerian leader stated this at a state banquet organised by the Bayelsa State government in honour of the South Korean Ambassador to Nigeria, Kim Young-Chae, on Friday night in Yenagoa.

Amb. Young-Chae was on a two-day visit to the state.

Describing Bayelsa as a fertile market for foreign direct investment, Dr. Jonathan said not many foreign investors have discovered the state’s economic potential.

A statement by the governor’s Chief Press Secretary, Mr. Daniel Alabrah, quoted the former president as urging the Korean envoy not to let slip the opportunity of harnessing the full potential of a virgin state like Bayelsa.

Jonathan commended Governor Douye Diri and his team for the great job of attracting economic giants like South Korea, noted for its technological advancement, to the state.

His words: “Most cases, when companies come into Nigeria, they feel that they cannot invest in young states like Bayelsa, my own state, with relatively low infrastructure development, and have to go elsewhere.

“But Bayelsa is where you have the fertile market and luckily some of your companies like Daewoo and others are here. So they know that Bayelsa is a virgin state.

“This is a state you should encourage Korean investors to come in. The government, the governor and his team are very ready to work with investors.

“It is a great opportunity because when I heard that the Korean Ambassador was around, I said I would come to join the governor to convey this message to you and other investors. I know that when they do they won’t regret it.” 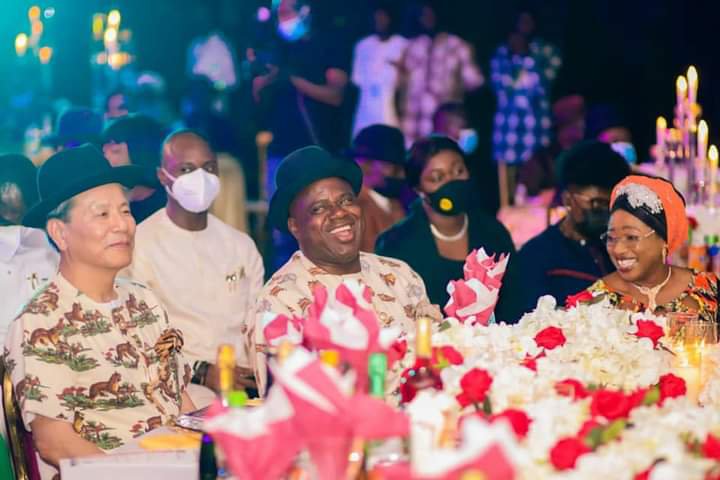 In his remarks, Governor Douye Diri said South Korea, which is a world power in technology and among the 10 largest economies in the world, is the right destination to partner with Bayelsa and make the state achieve its full economic potential.

Senator Diri emphasised that his government was fully committed to moving the state in the direction of economic and technological development.

He said this was the reason for the symbiotic relationship between both parties.

The state’s helmsman expressed delight in the feedback from the Korean ambassador, who he said promised and made encouraging remarks during his oversight trip to various investment destinations in the state.

The governor urged businessmen in the state to take advantage of the relationship established with the Republic of South Korea.

“You have said so much about South Korea and even our former president alluded that your country was once very poor. But today, South Korea is among the ten largest economies in the world. Today your country is an economic giant and a technological power.

“We believe that every development will start from somewhere. We are prepared to leap Bayelsa state in the direction of economic and technological development. That was why we visited you and you have reciprocated by also visiting us.

“During our oversighting visit to some of the projects, you made very encouraging remarks. Today you have capped it in what you have said here. We believe that our businessmen in Bayelsa would take advantage of this relationship with the Republic of South Korea.

“We believe that for those from Bayelsa that have been yearning for businesses, this is a golden opportunity and let us not let it to slip by,” Diri said.

While enumerating the business opportunities in agriculture, aquaculture, the deep seaport project as well as in oil and gas, the governor stressed that the state was eager to tap into the technical know-how of South Korea.

Diri thanked the ambassador, his wife and senior embassy officials for finding the state worthy of partnership, which, according to him, underscored the seriousness they attached to the visit.

The governor also commended Dr Jonathan, who despite his tight schedule, decided to lend his voice with his government to promote the investment opportunities in the state.

Speaking earlier, the South Korea Ambassador, Kim Young-Chae, who extolled the exceptional leadership of Governor Diri, assured that his government was looking forward to enhancing the cooperation between it and Bayelsa.

Young-Chae noted that Bayelsa had one of the largest oil and gas reserves in Nigeria, which makes it a land for great economic opportunities and an investment haven.

The envoy, who also identified some tourist sites, pointed out that his government takes Nigeria seriously since the establishment of diplomatic ties in 1980 and is the only country that operates five government agencies in the country.

Related Topics:Jonathan Woos South Korea Investors To Bayelsa
Up Next