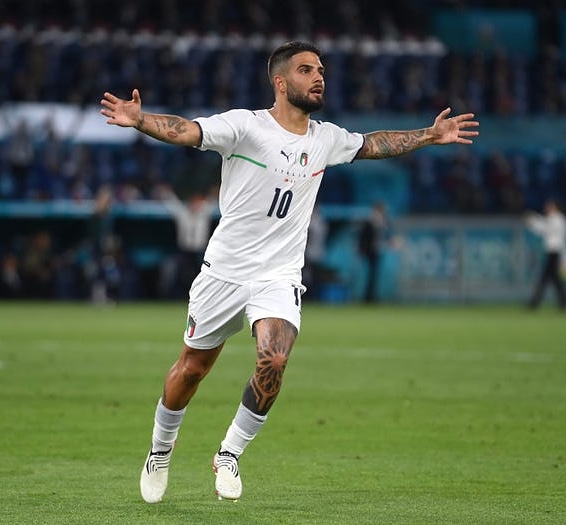 The African Cup of Nations will start in January 2021 and the world class duo of Sadio Mane and Mohamed Salah might not be available for some crucial Liverpool games.

Therefore, manager Jurgen Klopp must strengthen the wide attacking positions this summer because he does not have anyone good enough to cover for the likes of Salah and Mane.

If reports in the media are anything to go by then the Merseysiders are serious about signing Italian international and Napoli star Lorenzo Insigne.

According Italian journalist and transfer expert, Fabio Santini, Liverpool are strongly interested (Area Napoli) in signing the 30-year-old winger, who is a proven quality star and wanted by other clubs as well. Insigne has played over 300 games in the Serie A and he is a an important member of the Napoli squad.

The Azzurri star’s current deal will expire in less than 12 months, he earns around 4.5million euros a season i.e. £74,000-a-week and the Naples based are prepared to offer him a new deal but with lower wages (Calcio Mercato).

In the 2020-21 campaign, Insigne featured in 48 games in all competitions for the Serie A side and directly contributed in 30 goals (19 goals and 11 assists). At the moment, he is with the national side, who will feature in the European Championships final after beating Spain on penalties last night. The 46-capped international has so far netted 2 goals in the competition.

In all fairness, £74,000-a-week is a very low salary for someone as good as Lorenzo Insigne. Our highest earning attacker is Mohamed Salah, who takes home around £200,000-a-week (The Mail).

In your opinion, should Klopp move to sign the Italian international in the summer transfer window?

Chelsea to pay £150m for Haaland